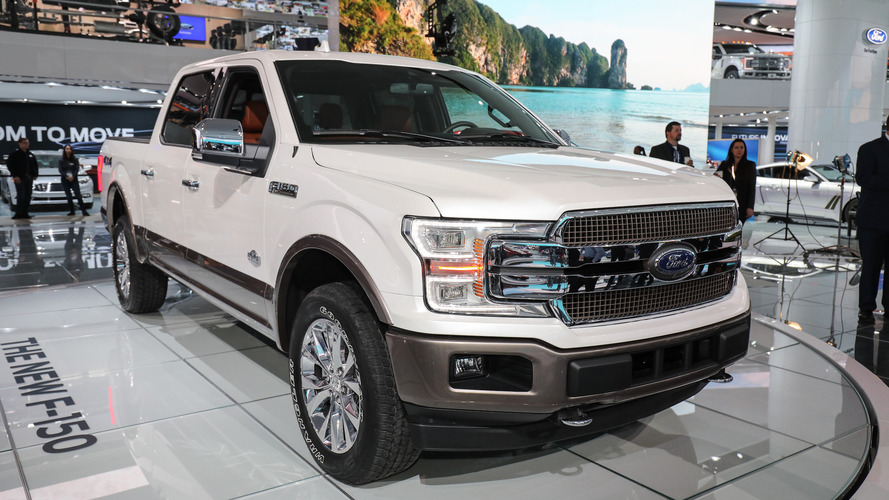 That's some serious dinero for a pickup from Detroit.

100 years ago, Ford unveiled its very first pickup truck. Based on the Model T, it was imaginatively called the Model TT and it offered a beefed-up frame that could support one ton of cargo. Like the Model T, the TT was a vehicle for the working class and it sold for $600, which in today’s market would be about $12,500.

According to Ford's online configurator, the most expensive 2018 Ford F-150 costs nearly six times that much, or to be specific, $71,185. For that hefty sum you’ll get a fully (and we mean fully) loaded 2018 Ford F-150 Raptor, but since that's something of a specialty truck, let's take a closer look at the very close runner-up: a $70,890 F-150 Limited SuperCrew, equipped with four-wheel drive, a 5-1/2-foot bed, and the 3.5-liter EcoBoost V6 mated to a 10-speed automatic. Considering these trucks are uncomfortably close to a new BMW 7 Series, we don’t really see many working class people getting behind the wheel of either.

And that’s just fine, because the F-150 also comes in working-class trim. A base-model F-150 XL in single-cab two-wheel drive configuration checks in at $28,675, but keep in mind that’s a work truck with vinyl floors, an AM/FM stereo, and that’s pretty much it. We suspect most folks would at least opt for the XLT, which adds a bit more bling and basic power features for $34,265.

For the luxury pickup shoppers, we reached that $70,000-plus Limited price tag by adding $5,650 worth of options to the Limited’s $63,945 base price, which includes such things as leather everything, cameras everywhere, and enough electronic gadgetry to land on Mars. Among the noteworthy extras are a trailer tow package ($995), a hard tonneau bed cover ($995), White Platinum paint ($595), a spray-in bedliner ($495) a 3.55 axle ratio ($470), a 36-gallon fuel tank ($445), and numerous convenience features like a bed divider, tailgate step, bed extender, floor mats, and a few other tidbits that are about $200 each on average. After all, if you're spending 70 grand on a truck, what's another hundred bucks here and there?

A fully-loaded Ford F-150 Limited is a surprisingly luxurious machine packed with technology, and the Raptor is just an off-road sports car.But are either worth $70,000 in decked-out trim? Let us know what you think about these pickup trucks with aristocratic price tags.