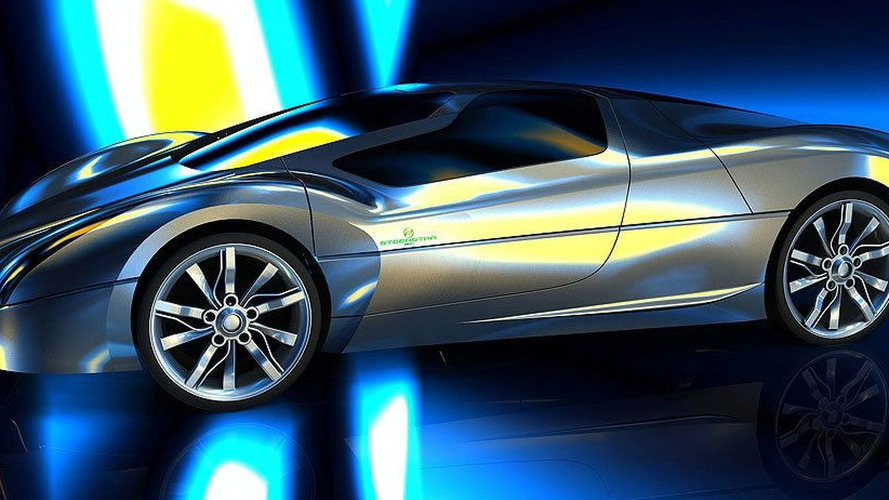 Meet the Styletto EV Concept, a 200+ mph supercar running as an electric. Believe it or not, a prototype could be out in less than a year.

Despite using the classic gullwing door feature, the car still maintains a very neo-futuristic look while conveying a more realistic approach to the next great supercar look.  The car should seat two people comfortably, even though its aerodynamic body seems like it would be pretty cramped inside.  Despite its comic book look, a Styletto prototype should be ready by the 2010 Pebble Beach Concourse d' Elegance.  Clearly, Steenstra has come a long way since his first job with Volvo in the early '80s.

"I grew up with a passion for transportation and motor racing, and have always felt that people should and could enjoy driving passionate performance automobiles while still retaining their responsibility toward the environment," wrote Steenstra in a press release.

"These are desires that can very well be enjoyed together."

In addition to his own projects, Steenstra works as a consultant for Porsche, and has worked with nearly ten other brands.  Amongst these, is clean energy sportscar rival Fisker.

Production of the Styletto could begin by 2013.