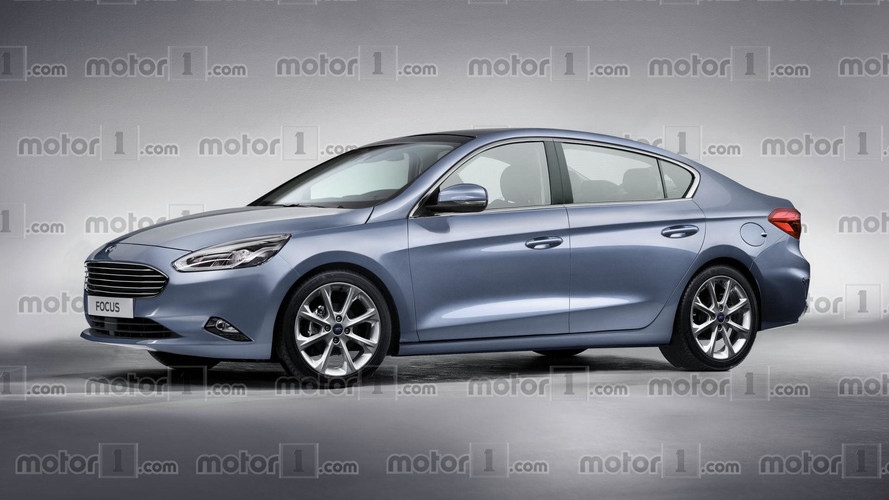 The new Ford Focus is coming, but it might be here a bit sooner than we thought.

We’re less than a year removed from the debut of the new and improved Ford Focus. Spy photos and digital renderings have given us a vague idea as to how the new car might look, but new reports suggest that it could feature an entirely new design entirely.

According to a user on forum WorldScoop who reportedly works at the facility where the new car will be built, the updated Ford Focus will look like an "A3 that copied a 1 Series." The interior, meanwhile, is rumored to resemble the updated Fiesta. Production will kick off in March of 2018, a tad earlier than we expected, and will go on sale shortly thereafter. It should be noted that we take these rumors with a grain of salt.

Already we know that the Focus will be wider, longer, and lighter than the outgoing model thanks to the use of materials like high- and ultra-high strength steel and aluminum. The new Focus platform will be an evolution of the current Global C platform, also called the C2, and could stretch out to as much as eight feet, 10 inches (2.7 meters). Total curb weight will reportedly be 110 pounds (50 kilograms) lighter than the previous model.

As far as power, the Focus will likely adopt the the 1.0- and 1.5-liter EcoBoost units currently found in the Fiesta range. The current Focus uses a 2.0-liter base engine good for 160 horsepower (119 kilowatts), but offers a 1.0-liter inline-three with 123 hp (91 kW) and automatic stop/start for added efficiency. It’s still unclear if Ford will ditch the current six-speed gearbox and replace it with the nine-speed.

The new Ford Focus will make its debut early in 2018, led by the five-door hatchback. Wagon and sedan body styles will follow later the same year, and even a high-riding Focus Active trim is rumored to join the lineup, similar to the smaller Fiesta Active. The U.S. will have to wait until late 2018 or early 2019 to get the next generation.