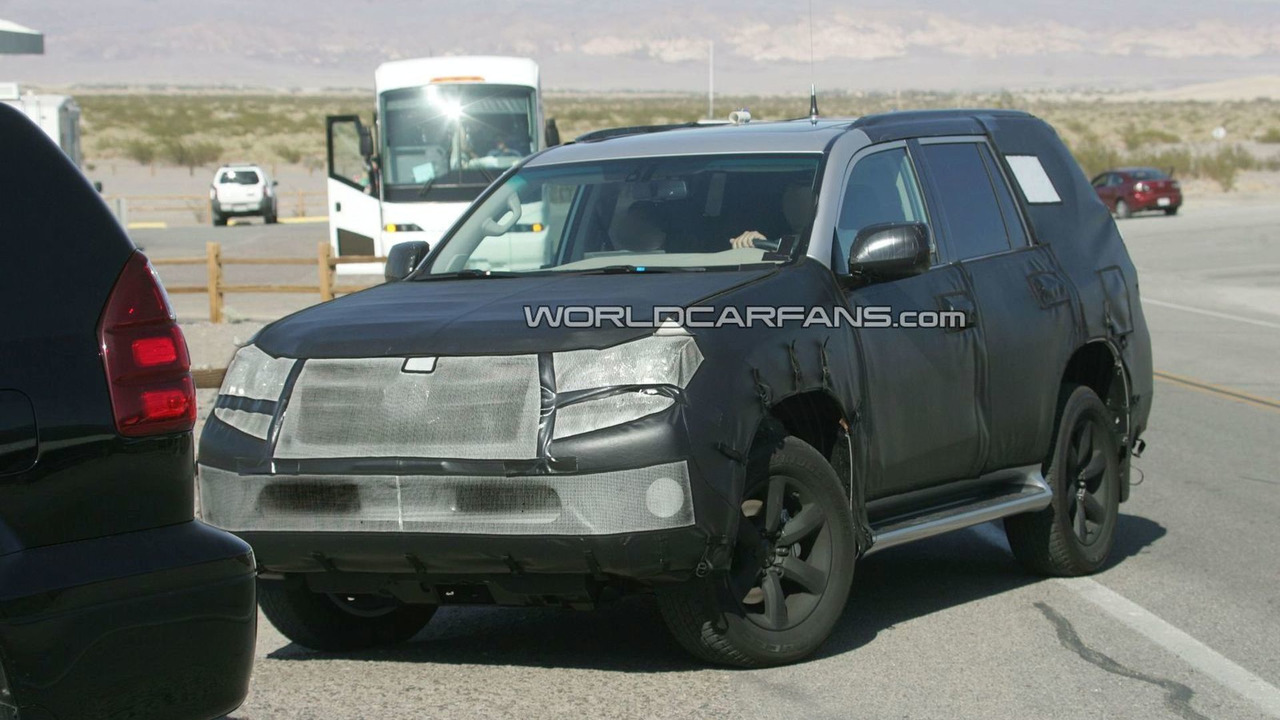 Lexus' redesigned GX 460 has been spotted undergoing testing in the California desert.

Like the current model, the next generation GX will be based on Toyota Land Cruiser Prado. While the camouflage makes it hard to see the styling differences, Lexus will undoubtedly equip the GX with a new front fascia and a more luxurious interior.

Power will likely be provided by Toyota's 4.6-liter V8 engine with 310 hp and 327 lb-ft of torque. Backed up by a six-speed automatic transmission, the redesigned GX should be able to run rings around its 263 hp predecessor.

The 2010 GX 460 will be officially unveiled next month, with US sales starting in December.