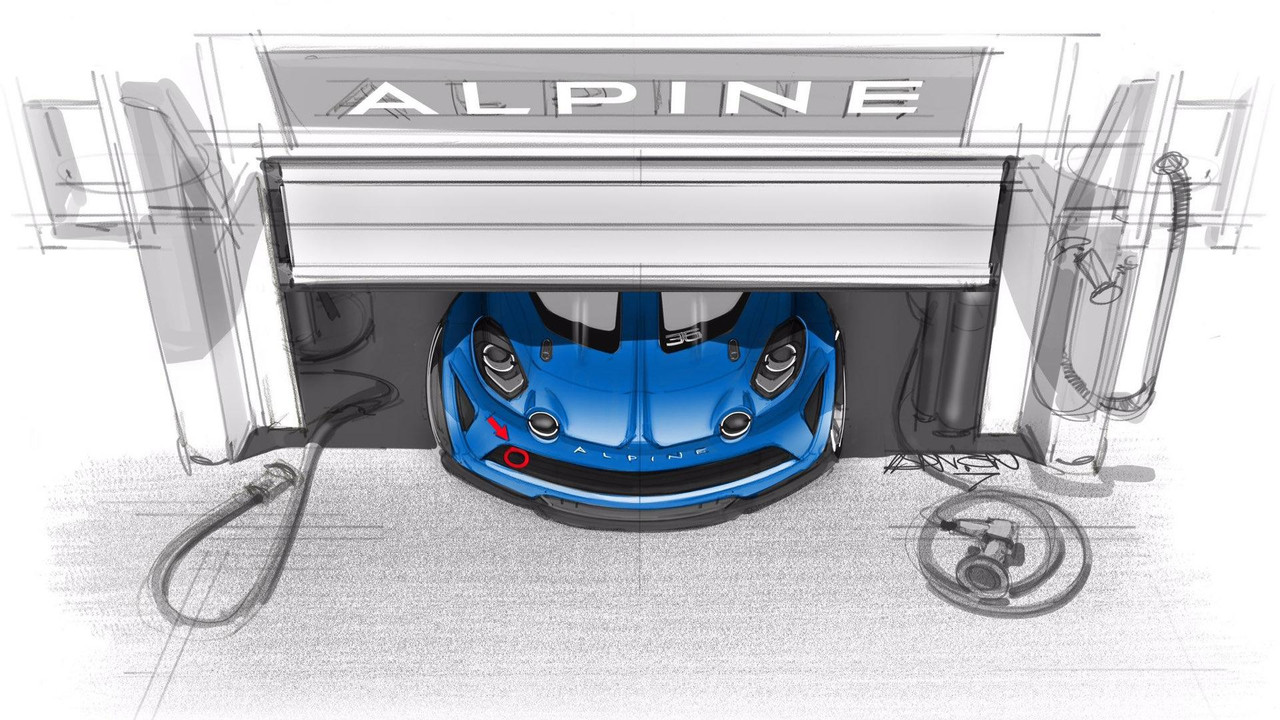 The one-make series should kick off in 2018.

The Alpine A110 is the first vehicle in what the company hopes will be a long line of success for the reborn French automaker. Following the lightweight sports car, the marque will reportedly begin work on a small SUV to rival the likes of the Porsche Macan. But even before the SUV hits the market, a racing version of the A110 is set to debut.

The company released a first teaser sketch of the proposed race car in question. Though we only see the front fascia peeking out from within a garage, the racing version of the A110 will be significantly more aggressive than its road-going counterpart. A more pronounced diffuser, a tow hook, and some added detailing to the hood can be noted, all in the pursuit of improved airflow.

Full modifications will include a roll cage, a bodykit with enhanced aerodynamics, and a completely stripped-out interior to help reduce weight. The stock turbocharged engine will also undoubtedly to get a boost in power – expect to see a healthy increase over the 252 horsepower (188 kilowatts) currently available.

Racing company Signatech will finalize the design, as well as sell the vehicles and ensure they’re up to FIA-homologation standards. The A110 racers will be part of a one-make series set to kick off within the next year, the company hopes to attract around 20 entries. Racing will take place on a number of circuits around Europe.