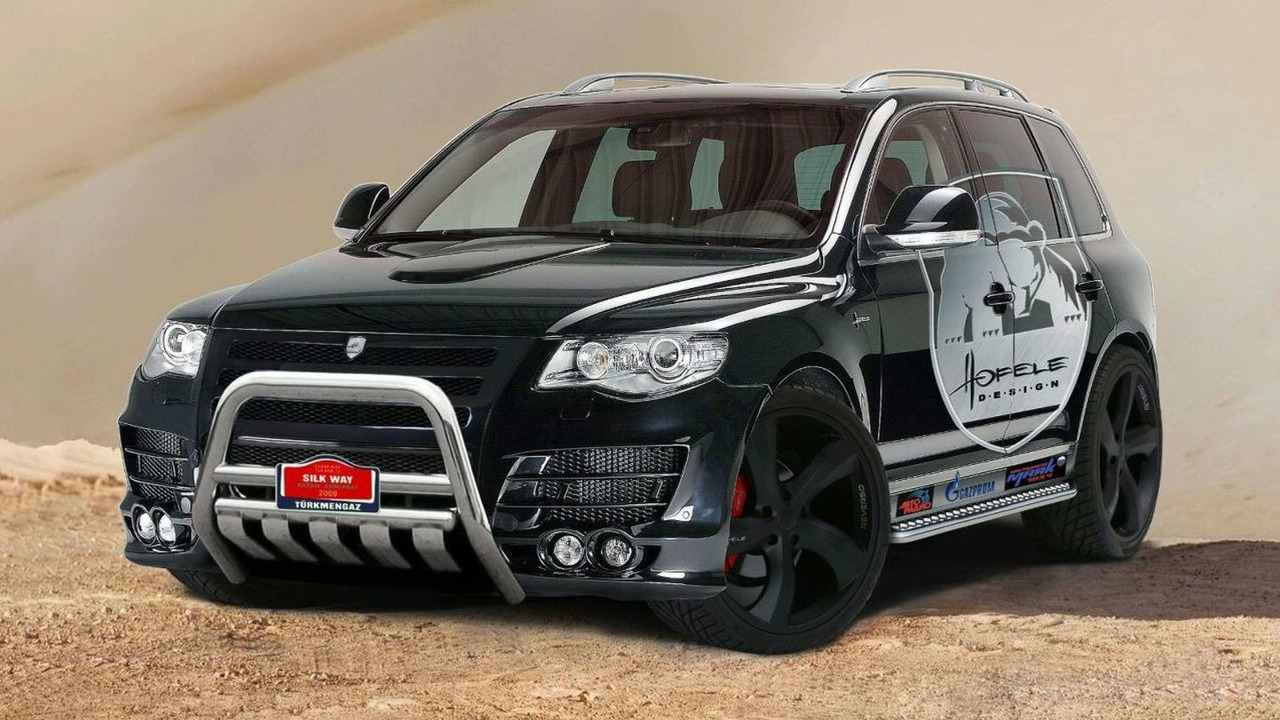 German tuner Hofele offers a rally edition of the VW Touareg with front ram and stainless-steel side steps. Also included is suspension lowering of up to 80 mm as well as engine tuning.

The body kit by Hofele-Design for the VW Touareg Silk Way Rally 2009 Special Edition includes newly designed front grill and bumpers (front and back) - with LED and cornering lights embedded in the front bumper. Also included is a front ram, stainless-steel side steps and trapezoid tailpipes in the rear apron.

Performance-wise Hofele has also fitted the Touareg with its own Reverso wheels - offered in either 20-inch or 22-inch sized rims. There is also an electronic lowering module for the air suspension that can take the Touareg 80 mm closer to the ground.

On offer is also engine tuning, with some optimizing tricks being empolyed on both gasoline and diesel models. Hofele-Design says it will take the 4.2 liter V8 up to 380 hp, which comes standard on the Touareg with 310 hp.

The Silk Way Rally goes through Russia, Turkmenistan and Kazakhstan and was the first of its kind in the Dakar-Series this year. Hofele says that the VW Touareg Silk Way Rally 2009 Special Edition will be aimed mostly at the Russian and Chinese markets. The tuner, based near Stuttgart in the southwest of Germany, says that China is its biggest single market, with over 30 retail partners in that country.