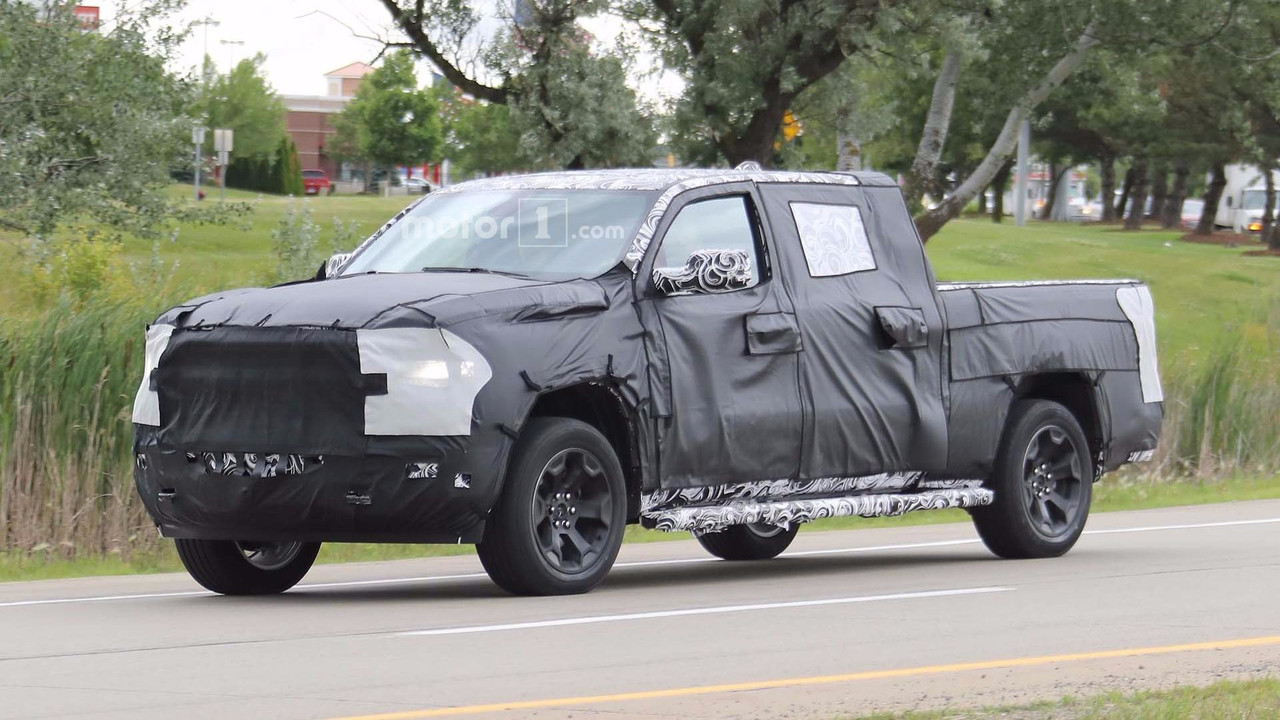 It could be the first Ram pickup with a hybrid powertrain.

The Ram 1500 pickup in its current form has been on the market since 2009. A facelift in 2013 kept things fresh, and some updates to the engine range in 2014 – including the arrival of the EcoDiesel V6 – enticed buyers for another year. But at the 2018 Detroit Auto Show, Ram will finally roll out an all-new version of its most sought after pickup.

According to Automotive News, the new Ram 1500 – given the code name DT – will debut in Detroit in 2018. This report was confirmed in a Tweet by an editor at Motor Trend, by way of CEO Sergio Marchionne. Both the Ram 1500 and the all-new Wrangler will begin production early in 2018, though production of the current-generation models will also reportedly continue into 2018.

Already we’ve seen spy photos of the new and improved Ram, showing off features like an updated fascia, a longer wheelbase, and reportedly a new split tailgate option. The interior is also expected to get a significant makeover in line with Chrysler Pacifica minivan (i.e.: plenty of new tech).

It’s still unclear whether Ram’s EcoDiesel engine will carry over barring possible diesel emissions cheating, but reports suggest that we could see a hybrid option for the first time on a Ram truck. We expect similar V6 and Hemi V8 options to carry over from the current generation.

While the unveiling of the new Ram 1500 is still more than a few months away, Ram recently debuted a range of new appearance options for its current model. Added features like black trim on the grille, headlight bezels, and wheels, and four new color options will hopefully keep things fresh until January.