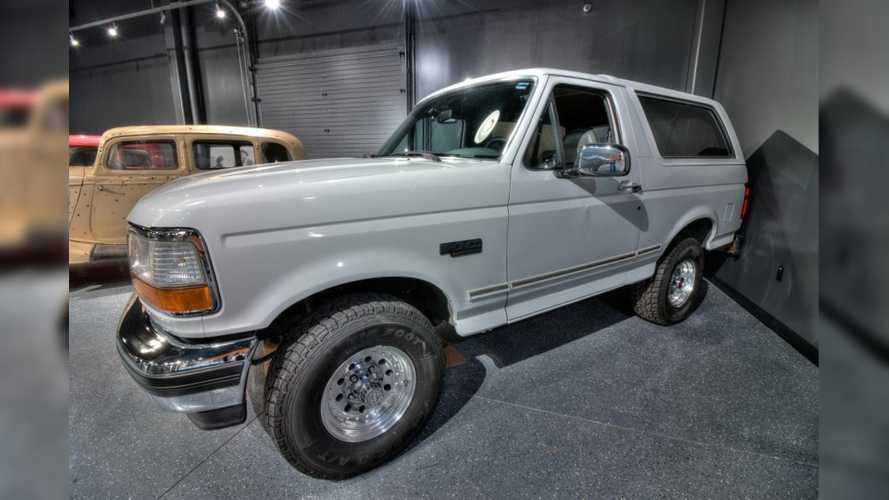 The Bronco is currently on display in a museum.

Mike Gilbert, O.J. Simpson’s former sports agent, is willing to consider offers to buy the infamous white 1993 Ford Bronco from the alleged double murderer’s low-speed chase on the Los Angeles freeway. He’s looking to get $750,000 to $1 million for the SUV that drew millions of television viewers.

Gilbert bought the Bronco from O.J.’s friend Al Cowlings, who drove the SUV in the freeway chase. At the time, Simpson was in the backseat with a gun and threatened to kill himself. After the chase, police found $8,750 in cash, a fake beard and mustache, a passport, and a loaded .357 Magnum in the vehicle.

Gilbert isn’t actively trying to sell the Bronco, according to TMZ. However, if someone comes along with the right offer, he’s willing to let it go – as long as the buyer is not Simpson. Gilbert already allegedly turned down a person willing to pay $250,000 for the notorious Ford.

You don’t have to write a six-figure check to see the white Bronco, though. Gilbert has loaned the SUV to the Alcatraz East Crime Museum in Pigeon Forge, Tennessee. A ticket starts at $24.95 and comes with an audio tour for $29.95. The site is the former Tennessee State Prison. Serial killer Ted Bundy’s 1968 Volkswagen Beetle is also on display there.

A new Bronco is on the way in 2020. According to the latest rumors, the four-door-only SUV will cost around $30,000 and will be quite capable off-road. Power will come from a 2.7-liter biturbo V6 making 325 horsepower (242 kilowatt), and the model will be able to wade through water up to 19.7-inches (500-millimeters) deep.