This one has a different front fascia than previous test cars.

The BMW 8 Series has been spied getting a workout on the Nürburgring once again. Compared to the previous spy video of the upcoming grand tourer, this one has a different front fascia. The design here has a more conventional three-opening layout with mesh in each inlet. The earlier test mule had a more complicated look with five intakes. 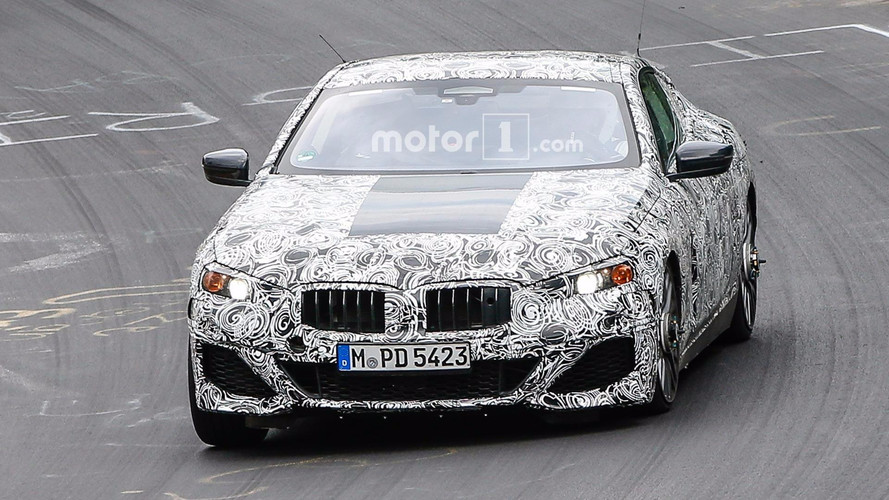 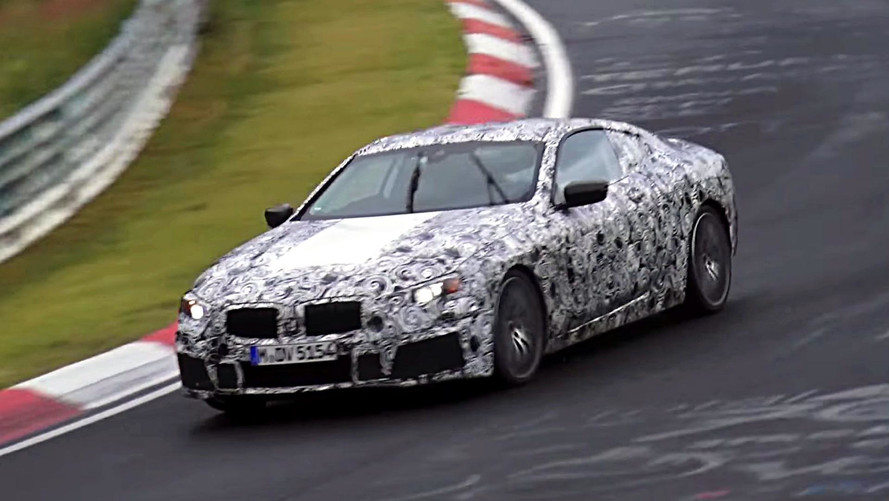 The latest test car provides a better look at the grille, too. Zooming into the photos reveals that the two kidneys are connected like on the original concept. The headlights diverge significantly from the show car, though. Rather having angular LEDs on each side, there are amber corner markers here. However, these could just be development units, and BMW may have more stylish parts for the production version.

There are still no interior photos the test mules yet, but BMW would pack its range-topping grand tourer with the best tech the company has. We hope the concept’s minimalist design makes a direct transition to the road.

Gallery: BMW 8 Series Concept at the 2017 Goodwood Festival of Speed

BMW hasn’t discussed the 8 Series engine beyond admitting that it could support anything from a 2.0-liter four-cylinder to a biturbo 6.6-liter V12. The previous spy video revealed a rumble from the exhausts that sounded like a V8.

BMW unveiled the 8 Series Concept at the Concorso d’Eleganza Villa d’Este, and designer John Buckingham imagined it as the company’s ideal shape for the brand's grand tourer. Judging from the test mules, the production version should take major cues from this styling.

The 8 Series has been absent from the BMW lineup since 1999. The angular look still looks good today, and it appears that the German brand continues the model’s stylish legacy with the upcoming version.