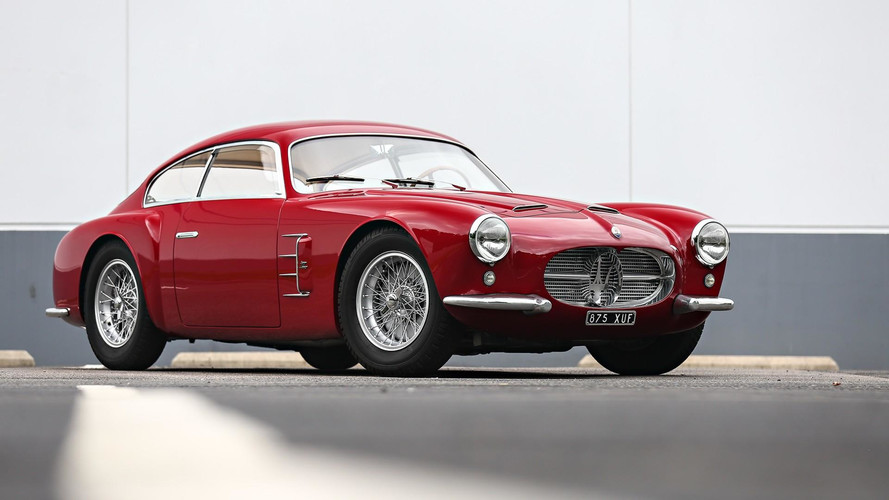 Can you believe a Fiat sold for nearly $1.5 million?

UPDATE: Many of these vehicles have now sold in Monterey. We will continue updating this story as more of the gorgeous cars cross the auction block.

The black 1967 Ferrari 275 GTB/4 was withdrawn from the auction prior to crossing the block, so it did not sell.

The Pebble Beach Concours d'Elegance is an annual even where enthusiasts and collectors alike gather in Monterey, California to fawn over – and maybe purchase – some of the most spectacular, expensive vehicles ever built. But you already knew that. This year should be no different, and among the many, many outrageously pricey rides that will be in attendance, one auction house has a healthy selection that should attract some attention.

Already we’ve seen a Ferrari collection worth $18 million, a trio of Aston Martin racing cars worth about the same, and a one-of-a-kind Lamborghini concept that could go for as much as $3 million. Today, Gooding and Co. is showing off some of its most highlighted vehicles at this years event, specifically from Ferrari, Maserati, and even Fiat.

First up is a 1959 Ferrari 250 GT Series I Cabriolet. It bears the chassis number 1475, and is the last of just 40 examples built. It’s finished here in a handsome metallic blue over a tan leather upholstery. Gooding and Co. estimates that it could go for anywhere from $5 to $7 million.

Slightly less pricey, but nonetheless impressive is a 1956 Maserati A6G/54 Berlinetta. Just 60 examples of the chassis were ever built, and only 21 were bodied by famed coachbuilder Zagato – this is one of them. Given its rarity, estimates suggest it could go for anywhere from $4 to $5 million when it crosses the block.

A 1954 Ferrari 500 Mondial Series I comes powered by a 2.0-liter Lampredi-designed four-cylinder engine – but don’t discount its performance credentials just yet. That same four-cylinder engine captured the 1952 and 1953 World Championships while under the hood of the 500 F2 race car. This particular example bears the chassis number 0468, and is estimated to go for as much as $3.8 million.