The $70,110 Shelby GT350R is technically the most expensive 2018 Mustang, but it's based on the pre-facelift version.

Ford unveiled the 2018 Mustang at the beginning of the year and now it has fired up the configurator for both the coupe and convertible body styles. Pricing kicks off at $25,585 for the fastback while the droptop starts at $31,085. We’ll obviously focus on the latter in our latest episode from the Most Expensive series since it is the priciest of the two.

Go for the V8-powered GT model and the starting price will jump to $44,595 on top of which you can throw in this striking Orange Fury paint for an extra $495. Replacing the standard six-speed manual gearbox with the 10-speed automatic will require spending a $1,595 premium.

By far the priciest option available is the GT Performance Package at a cool $3,995. It encompasses an array of mechanical upgrades, such as Brembo six-piston front brake calipers with bigger rotors, Torsen differential, larger rear sway bar, heavy-duty front springs, and a beefier radiator. The pack also comes along with 19-inch black wheels with 255/40R19 front and 275/40R19 rear summer tires, an aluminum instrument panel featuring an “Engine Spun” theme, a silver strut-tower brace, and special tuning for the chassis, stability control, ABS, and power steering. 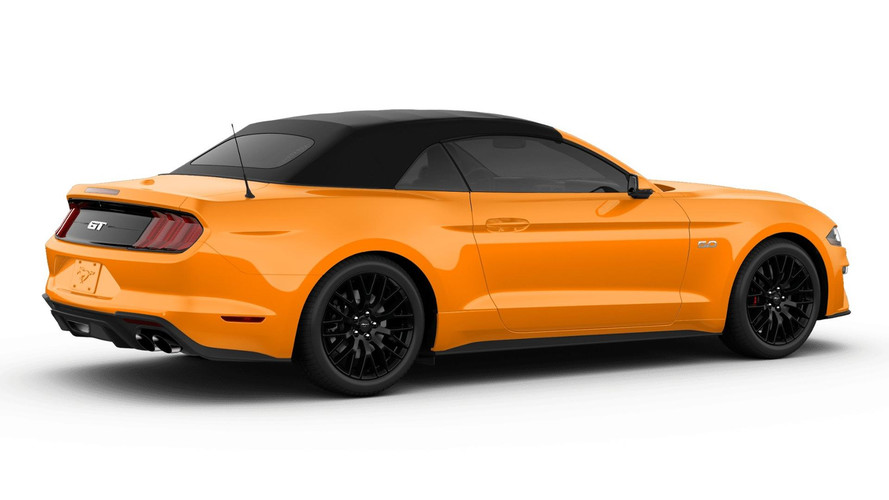 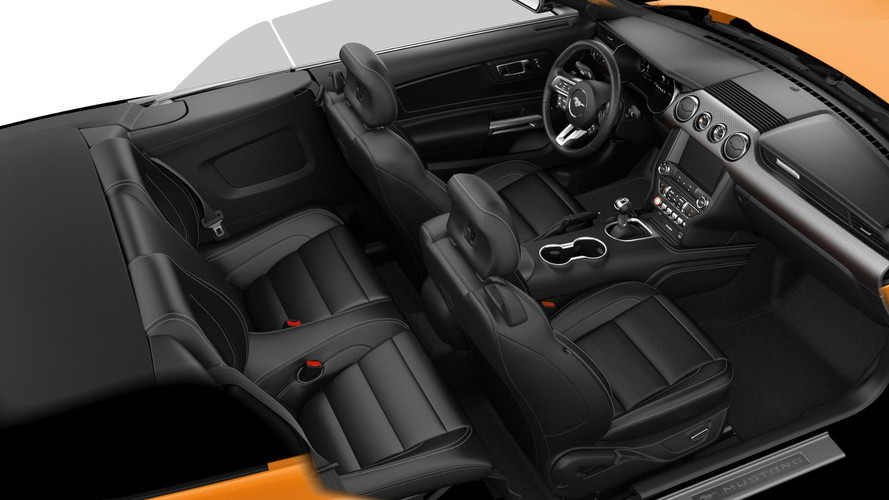 To make the raspy 5.0-liter naturally aspirated V8 engine sound even better, spend $895 on the Active Valve Performance Exhaust allowing you to choose the desired soundtrack. The Shelby GT350’s MagneRide Damping System can now be had on the lesser ‘Stang and it will set you back $1,695.

Should you want to spend even more, Ford has a Safe & Smart Package for $1,495 and in return it will throw in some tech goodies like adaptive cruise control, automatic high beam, blind spot with cross-traffic alert, and lane-keeping alert. It also adds pre-collision assist with pedestrian detection, automatic emergency braking, and forward collision warning with brake support. The optional package includes automatic windscreen wipers, ambient lighting, and a memory function for the driver’s seat and mirrors.

Lastly, a 12-speaker Shaker sound system can replace the standard audio setup for an additional $895. It all adds up to $58,760 for a fully loaded convertible once you factor in the $900 destination fee.

We should point out the Shelby GT350 is still available for the 2018 model year, but it has not received the visual changes introduced on the lesser versions of the range. It starts at $57,145 for the regular model and from $64,645 for the flagship R. Max out the configurator and you’ll end up paying $70,110. You can kindly ask Ford to remove the radio to shave off weight and it won’t charge you for it.

As a final note, the GT350R won’t remain the most expensive model of the Mustang family for a very long time as spy shots have shown Ford is cooking up a GT500, likely for the 2019MY.