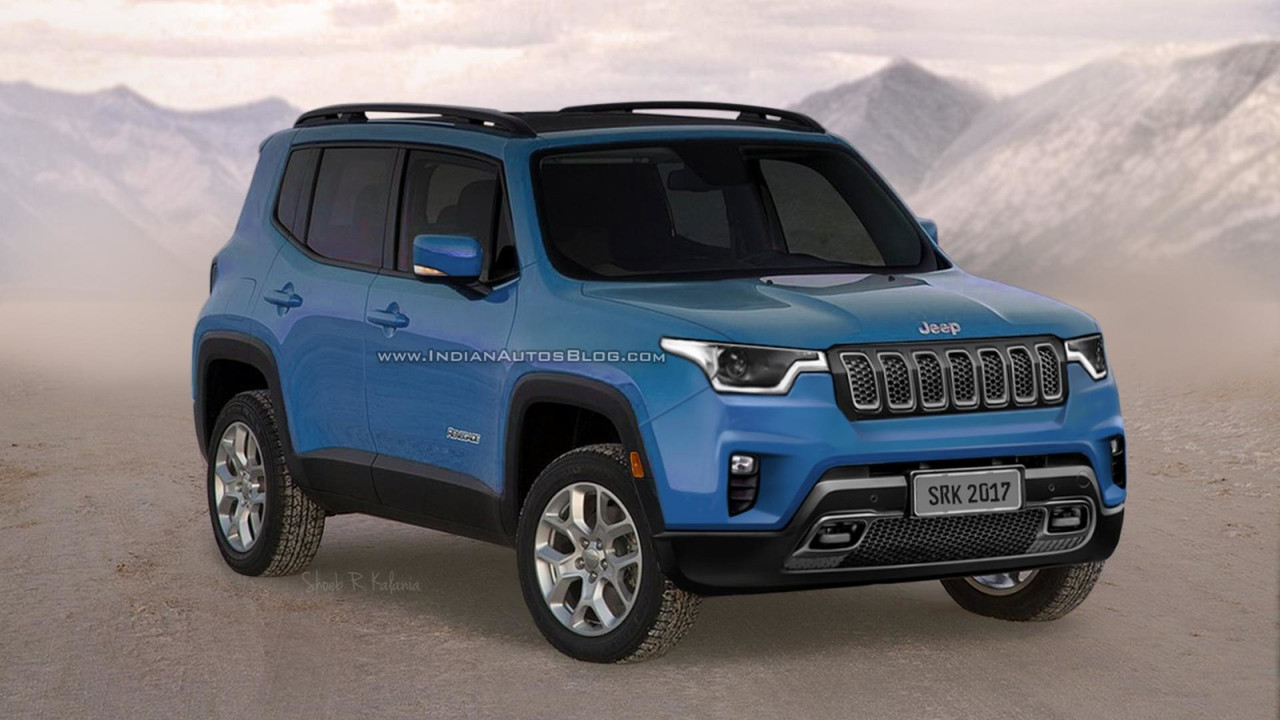 The final facelift should be here by the end of 2018.

Days after we published details about the upcoming Jeep Renegade facelift, projections for how the new small SUV might look are already beginning to emerge. In this case, the concept above was published by the website Indian Autos Blog and conceptualized by SRK Design. The image points to more square lines and more robust styling on the front fascia, with strong inspiration from the more recent models, including the new Compass and Yuntu concept (presented a few months ago in China).

Launched globally in mid 2014, and on sale in the U.S. since March 2015, the Renegade will undergo these changes in an attempt to remain competitive until the next incarnation arrives (something that will only happen after the end of this decade). The competition in the segment has recently become more fierce, and practically all the big players have representatives in the category. In just the last few months, two rivals were presented: the Kia Stonic and the Hyundai Kona.

Final details surrounding the Jeep are still unknown, but our best bet revolves around changing the front round lines into more tapered angles, and including similar shapes found throughout the lineup. Confirming this strategy, the Renegade would abandon its inspiration in the Wrangler, and would use the Grand Cherokee, Compass, and Yuntu as reference points. Inside, the main rumor includes the arrival of the fourth-generation Uconnect entertainment system, which will be compatible with Apple CarPlay and Android Auto.

The launch of the new Renegade should happen towards the second half of 2018, already as a model 2019.