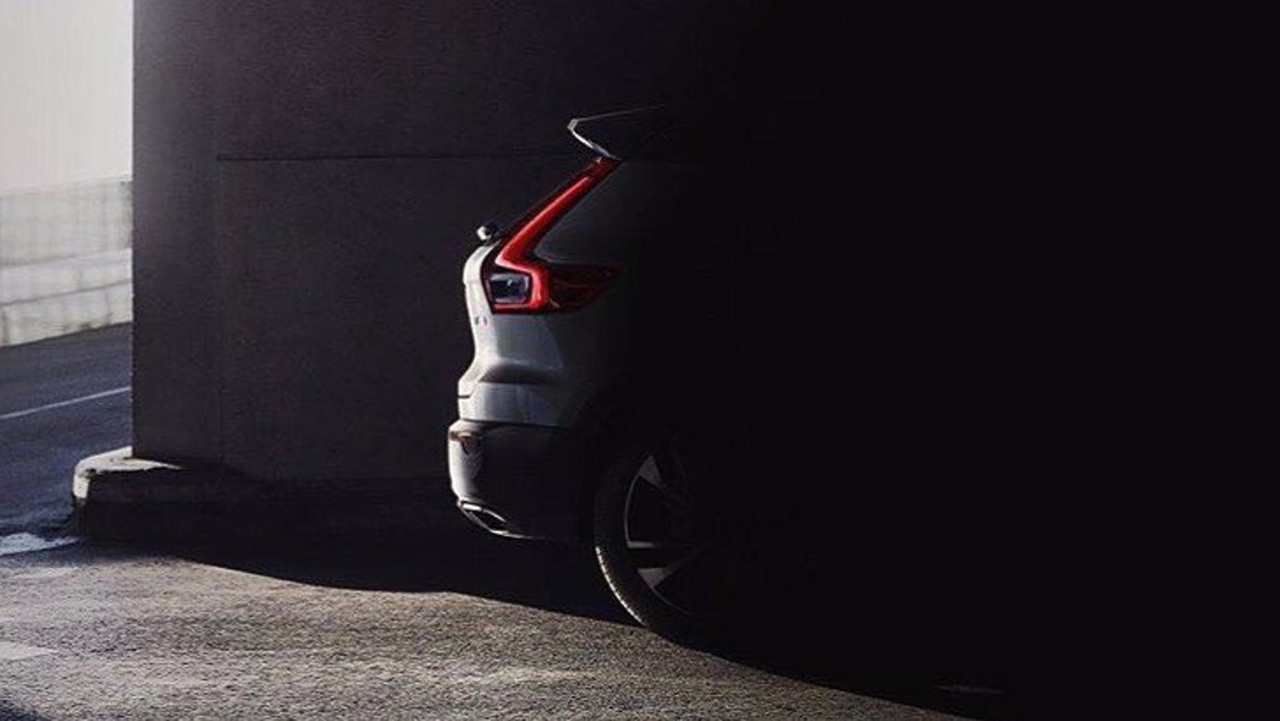 Volvo’s first teaser for the new XC40 only showed the upcoming compact crossover in ultra-close detail, which didn’t let us see the vehicle. However, an accidental leak from Volvo Germany’s Instagram has given us an actual look at the CUV.

The shadowy teaser only reveals the XC40’s hatchback, and the rear is a lot like the 40.1 concept’s tail. They share an integrated roof spoiler, and the production version gains a rear window wiper. A skinny set of LEDs run down the raked rear glass and then takes on a rectangular outline. The trapezoidal exhaust outlets integrate nicely into the rear bumper.

Given the similarities at the rear, we expect the XC40 to look like the 40.1 up front, too. The model should have the brand's Thor's Hammer LED headlights and a broad grille with skinny slats inside. It looks like a smaller, slightly more angular version of the XC60 and XC90.

Volvo will offer the XC40 with monochromatic and two-tone exteriors. The dark bumper on this one suggests that it might have the latter paint job. Buyers get plenty of options inside, including Lava Orange and Oxide Red upholstery.

The XC40 will ride on Volvo’s new Compact Modular Architecture. A range of three- and four-cylinder turbocharged engines will be available, and a plug-in hybrid will top the lineup. The same chassis will be underneath the next S40 and V40.

Volvo expects to sell 100,000 examples of the XC40 a year. It would make the model a serious success for the brand after delivering a total of 534,332 vehicles worldwide in 2016. The compact crossover reportedly debuts this fall, so next year Volvo gets to find out whether the high hopes for the CUV are realistic.