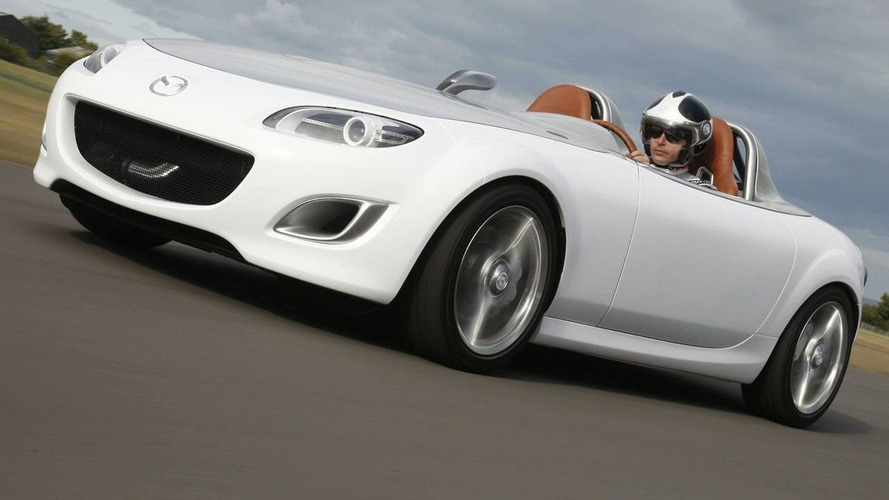 Designed to celebrate the 20th anniversary of the MX-5/Miata, the concept features a racing-inspired exterior that lacks a windscreen. Other changes include a revised front end, integrated air scoops (that serve as roll-over bars), a streamlined profile, and a Mazdaspeed dual exhaust system.

Tipping the scales at 2,195 pounds (995 kg), the MX-5 is powered by an anemic 1.8-liter four-cylinder engine with 126 hp. While this likely results in stellar fuel efficiency, the concept reluctantly accelerates from 0-100 km/h in 8.9 seconds.

Look for more information to be released when the concept officially debuts at the Frankfurt Motor Show.