Just the allocation for the Dodge Demon can cost tens of thousands of dollars.

Dodge made a valiant effort to limit speculators from inflating prices of the Challenger SRT Demon by guaranteeing earlier deliveries for selling them at or below the $86,090 base price (after $1,095 destination). Unfortunately, the tactic didn’t work. According to Automotive News, markups of thousands of dollars aren’t uncommon to get one of the highly anticipated muscle cars.

To get around Dodge’s strategy, dealers are auctioning off the right to buy a Demon allocation. This way there isn’t truly a markup on the vehicle’s price, but it’s still a way to get more than the sticker price for the limited-edition muscle car.

Dodge can’t stop dealers or individuals from selling the allocations. It makes the company’s effort to stem speculation look like a failure, though.

“We know some dealers may be tempted to sell to the highest bidder, but we are encouraging them to leverage the Demon as a halo for both the brand and their dealership, to bring customers into their showrooms and see everything we have to offer,” Tim Kuniskis, Head of Passenger Car Brands at FCA North America, said when the company announced the allocation plan. 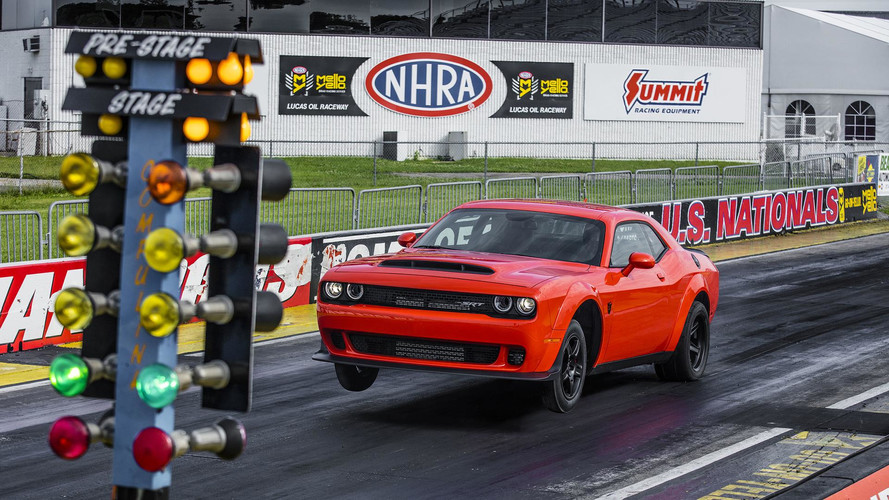 To have the right to sell the Challenger Demon, dealers must have sold more than one SRT Hellcat in the last 12 months. The specific number of Demon allocations was based on the showroom’s sales of the Charger and Challenger.

Dodge will limit Challenger Demon production to 3,000 units in the United States and 300 of them in Canada. Each one will come with a plaque showing its place in the production order. So far, Dodge will only build the vehicle for a single model year.