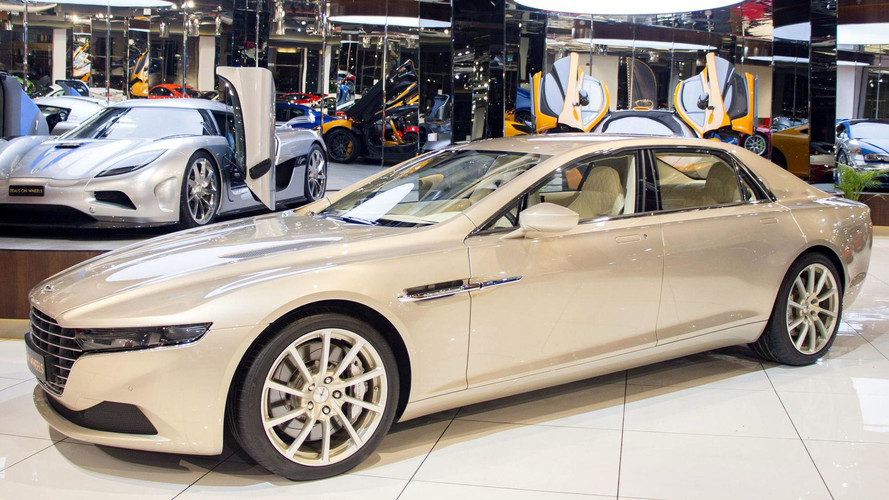 Roughly 150 cars were ever made and now a low-mileage example is up for grabs.

Exclusive, rare, opulent, special, expensive. These are some of the words one could use to describe the Aston Martin Lagonda Taraf. Hand-built in the very same facility where the mesmerizing One-77 supercar came to life years ago, the extra-long sedan is a nod to luxurious Lagondas of yesteryear. Some would say it’s nothing more than a tuxedo-wearing Rapide that has been stretched to generate an abundance of rear legroom. They wouldn’t be entirely wrong as the Taraf is based on an elongated version of the VH platform that has underpinned the Rapide from where the discontinued flagship sedan from Gaydon also inherited most of the interior.

Looking at the bigger picture, the Taraf has an entirely different design and all of its body panels have been dipped in carbon fiber to keep weight in check following the car’s substantially increased proportions. Bear in mind we’re still dealing with a rear-wheel-drive Aston Martin, so it has to be sporty as well. The back wheels receive a meaty 540 horsepower and 465 pound-feet (630 Newton-meters) of torque from the naturally aspirated V12 engine through an eight-speed automatic transmission for a 0-60 mph (0-96 kph) run in a swift 4.4 seconds.

Truth be told, it’s hard to imagine anyone behind the wheel of the Lagonda willing to test the full performances of the special car. They might end up smashing the four bottles of expensive champagne stored in the fancy cool box.

One of the roughly 150 vehicles ever made is now in need of a new home. A high-end dealer in UAE has up for grabs a lovely champagne Lagonda with a beige interior. The 2015 model year example has been driven for a mere 814 kilometers (506 miles) and comes with a valid warranty that will expire in 2019.