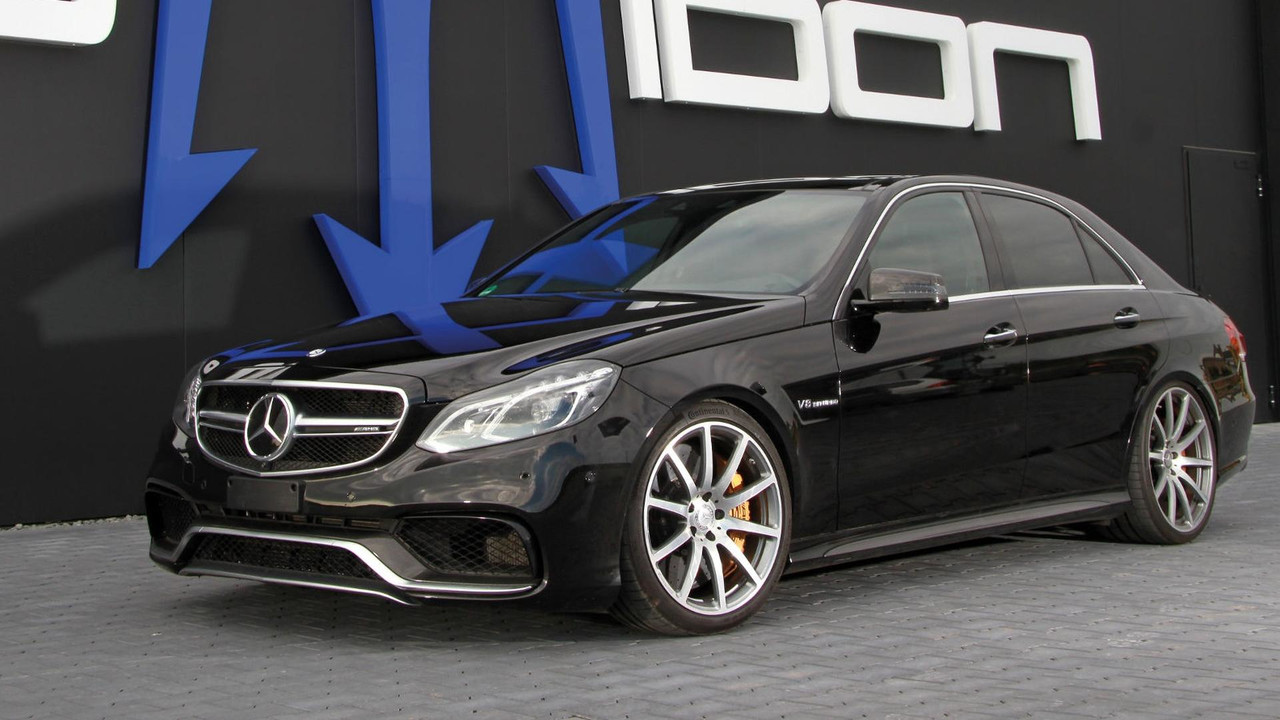 The monster sedan pushes out an unbelievable 1,090 hp.

While on the outside it looks pretty much like all previous-generation Mercedes E63 AMGs in the hotter S specification, the party piece of Posaidon’s tuning project is hiding underneath the hood. The biturbo 5.5-liter V8 engine no longer churns 585 hp as the German aftermarket specialists have worked their magic to squeeze a four-digit number: 1,090.

It goes without saying this was achieved by making some substantial hardware changes, such as bumping the engine’s displacement to 6.5 liters and upgrading the pair of turbochargers by increasing the boost pressure while installing a higher-capacity intercooler. The E63 S Sedan also got a stainless steel sports exhaust system to make the V8 better sing its song. An ECU remap was necessary as well to complement the beefed-up internals.

Speaking of which, the seven-speed automatic transmission was also thoroughly tweaked to cope with the extra torque the biturbo engine now churns. Posaidon says the heavily modified Mercedes now develops a whopping 1,350 Newton-meters (996 pound-feet) and they actually had to electronically limit the torque to ensure reliability. Who knows what the 6.5-liter engine is capable of without any restrictions to get in the way. Even with the limiter installed, the V8 still has a remarkable 550 Nm (406 lb-ft) more than the stock engine.

Beyond the overhauled engine, Posaidon also fiddled with the suspension, installed different original AMG wheels, and modified the speedometer to reach 380 kph (instead of the usual 320 kph) to reflect the E63 S’ newly gained muscle. Details about performance have not been disclosed, but it’s easy to assume it’s both quicker and faster than a standard previous-gen E63 S. The old top dog in the E-Class family needed 3.6 seconds until 62 mph (100 kph) and had an electronically governed velocity of 186 mph (300 kph).

For those willing to settle for less than these staggering and Bugatti Veyron-beating output numbers, Posaidon has 850- and 920-hp power kits as well.

A good example of such a conversion is the Posaidon E63 RS 850+, whose blank canvas is the W212 series Mercedes-AMG E63 S. This outwardly

Understated four-door saloon that comes from the factory with an already powerful 585 hp M157 Biturbo V8 in its S variant is now given the potential to strike fear into the hearts of Ferrari and Lamborghini drivers on the autobahn.

The dyno sheet for the E63 RS 850+ registers an impressive 920 hp, accompanied by a massive maximum torque of 1,350 Nm, the latter electronically limited.

The 7-speed AMG gearbox was mechanically upgraded to handle the increased load, while both front and rear axles feature new locking differentials rated for 1,500 Nm of torque.

That however, is not the end of the story, and if you think that 920 hp is still not enough, then Posaidon might be able to tempt you with their 1,090 hp version of the E63 RS 850+! To achieve this Bugatti Veyron beating output, the V8 undergoes an additional displacement bump from 5.5 litre to 6.2 and 6.5 litres, respectively.

So that the chassis can handle major league supercar levels of power, the E63 RS 850+ receives lower, uprated coil-over suspension in front, while the factory rear air suspension is lowered using the appropriate electronic protocols.

The significantly improved performance required Posaidon to install a 380 km/h speedometer in their E63 RS 850+, and further interior upgrades are a line of code that allows the TV function of the infotainment system to be used on the move, and a speed camera position update.