About 390 cars are affected in Canada.

In another expansion of Fiat Chrysler Automobiles’ rollaway recall, the company will inspect and fix a total of 7,802 Dodge Challengers in the United States. Just like many other cars from the automaker, the 2017 Challenger will receive a software update which will ensure the car is in “park” when parked.

In an official statement, FCA says drivers may shift the gearbox of the affected vehicles into 'P' position while the engine is running, "erroneously believing their vehicles are in 'park' because their shifters and instrumentation may indicate so." If the driver leaves the vehicle without applying the parking brake, the car could roll.

The new recall is limited to models equipped with a 5.7-liter V8 engine mated to an automatic transmission. FCA says it is unaware of any injuries related to this issue and also claims “this action, the model subject to recall, and the model’s shifter, are unrelated to any previous” campaign. About 390 cars will be recalled in Canada, and an additional 119 units located outside North America. 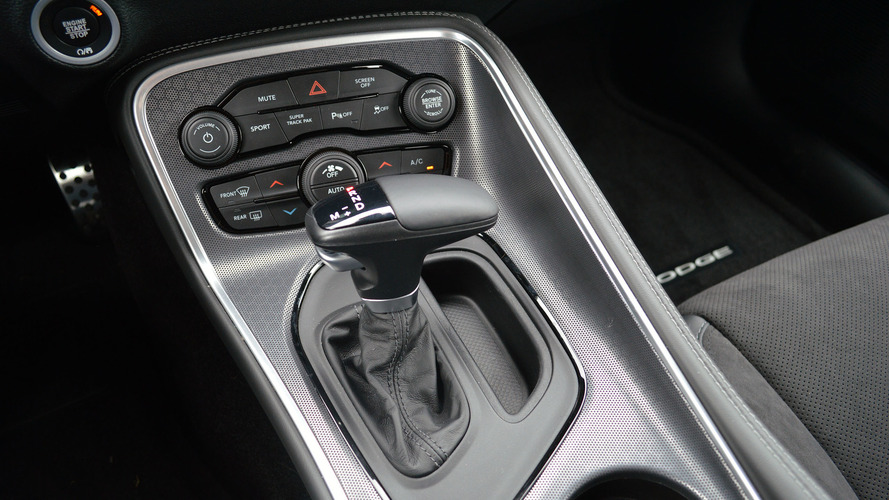 The software update will “better enable drivers to engage” parking position on their Challengers, as the current software is sometimes not able to recognize the gear shift position. When the ignition is turned off, the software should automatically shift to “park”. If it fails to do so, a warning chime sounds along with a message saying "Service Trans...Press Brake When Stopped...Key Off Engine to Engage Park."

Last year, FCA announced a major recall for more than 1.1 million vehicles, reducing the effect of potential driver error and not switching to “park” by enhancing warnings and transmission shift strategy. The American manufacturer has already received reports for 68 injuries and 266 crashes. The number of deaths is not known at the moment, but it allegedly includes the death of 27-year old actor Anton Yelchin.

16 Photos
Photo by: Zac Estrada
By: Angel Sergeev
++
Got a tip for us? Email: tips@motor1.com
Hide press releaseShow press release

July 22, 2017 , Auburn Hills, Mich. - FCA US LLC is voluntarily recalling an estimated 7,802 cars in the U.S. to update their transmission software.

The update will resolve a condition in which drivers may erroneously believe their vehicles are in “park” because their shifters and instrumentation may so indicate.
Should drivers then exit their vehicles without setting their parking brakes or ensuring their engines are turned off, as recommended, the vehicles may roll.

The Company is unaware of any related injuries or accidents. This action, the model subject to recall, and the model’s shifter, are unrelated to any previous FCA US campaign.

The vehicles affected by this campaign are equipped with software that automatically shifts them into “park” when their ignitions are turned off. If the vehicles fail to achieve “park,” a warning chime will be activated, along with this message in the instrument cluster: “Service Trans … Press Brake When Stopped … Key Off Engine to Engage Park.”

In such circumstances, consistent with FCA US owner’s manuals, customers may exit safely.

The new software will better enable drivers to engage “park.” The campaign is limited to certain 2017 Dodge Challengers equipped with automatic transmissions and 5.7-liter V-8 engines.

An estimated 390 vehicles will be subject to recall in Canada, as will an estimated 119 vehicles outside the NAFTA region.

Affected customers will be advised when they may schedule service, which will be performed free of charge. Customers with questions or concerns may call the FCA US Recall Information Center at (800)-853-1403.