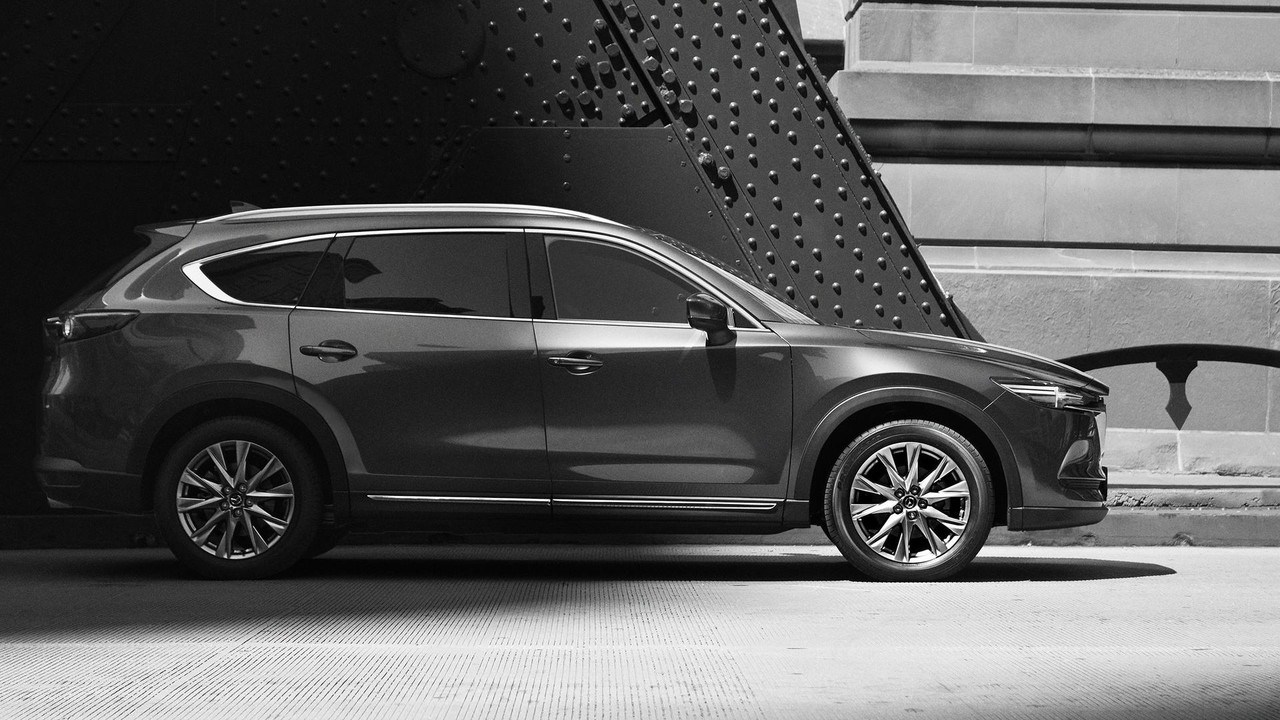 It will be quite tricky to set it apart from the CX-9.

Mazda is certainly taking its sweet time unveiling the CX-8 as the Zoom-Zoom company published a teaser approximately three months ago and now a new image has been released. While the first one depicted the three-row seating arrangement, the latest picture allows us to see the side profile bearing a striking resemblance to the CX-9. Even diehard Mazda fans will probably have a difficult time figuring out which is which, though the new CX-8 will be narrower and lower.

Even though it’s going to be 175 mm (6.9 inches) shorter than the CX-9, Mazda’s new SUV will actually have the same wheelbase stretching at 2,930 millimeters (115 inches). Bear in mind the new product will be restricted to Japan where the CX-9, another three-row SUV, is not available. It’s not the only SUV sold by Mazda in just one country as the CX-4 with its swoopy roofline is a China-exclusive affair.

Other details about the CX-8 have not been disclosed, but we already know it will be offered in the Land of the Rising Sun with a turbodiesel 2.2-liter engine whereas the CX-9 has a turbocharged 2.5-liter gasoline engine. As a side note, the diesel is en route to power the U.S.-spec CX-5 later this year.

It remains to be seen whether Mazda will sell the CX-8 in other regions of the world outside its homeland, but don’t hold your breath to find it in a showroom sitting alongside CX-9. It wouldn’t make a lot of sense to offer both of them since there would be a great deal of overlap.

Set to be unveiled in the weeks to come, the Mazda CX-8 will go on sale in Japan towards the end of the year and is going to be offered with seating for six or seven people.