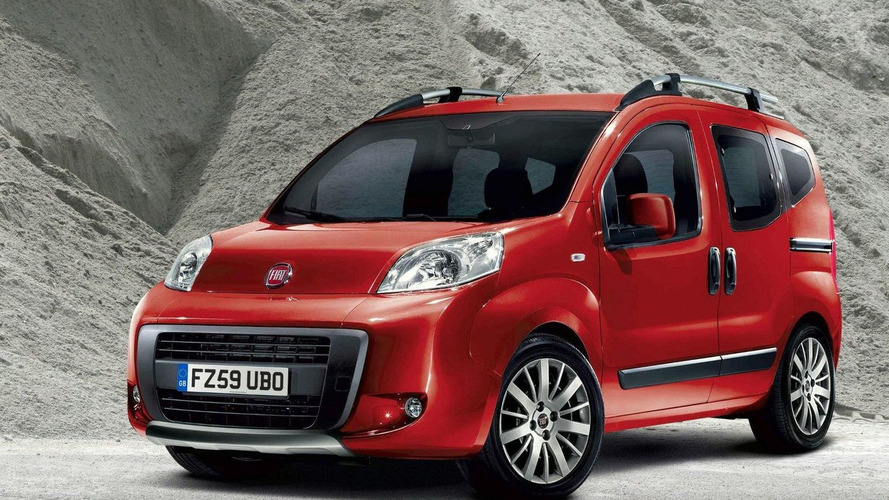 Fiat in the UK is add to the Qubo range with the new off-road-capable Trekking model, scheduled to go on sale after Frankfurt. Minimum pricing will be £12,650 ORT.

Fiat UK will start selling the £12,650 Qubo Trekking after it debuts at the Frankfurt International Motor Show. Co-developed with the French PSA Group, the Qubo was originally conceived to position itself just below the small van segment.

As a new addition to the Qubo range, the Trekking will differentiate itself mainly by the fact that its makers say it can go off-road thanks to something called Traction+. The latter is a system that, according to Fiat, "utilises an electronic differential lock to the front wheels to improve handling and control in mud, snow and other low-grip conditions".

Furthermore there is not the fuel consumption penalty associated with full-time AWD systems - its average C02 emission figure stands at 115 g/km. At 20mm higher than the normal car the Trekking also features a front bumper with engine guard, exclusive wheel trims, mud and snow tyres and rear ‘Trekking' stickers.

Some interior comfort is available through the Blue&Me infotainment system.

"The shape, size and look of the Qubo already lends itself to a Trekking version," says Elena Bernardelli, marketing director, Fiat Group Automobiles UK. "And the added benefits of the Traction+ system will complement the Qubo's practicality and versatility perfectly, especially as it does so while keeping motoring costs down."