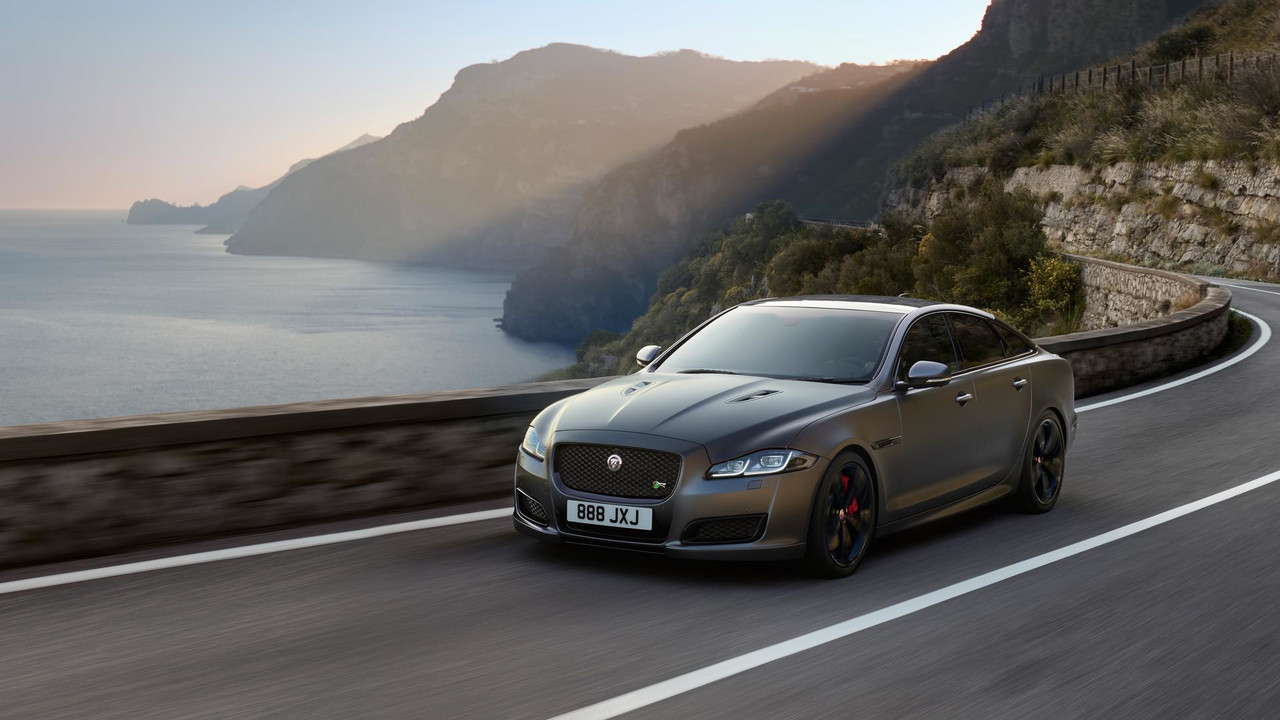 Jaguar has announced updates to its flagship XJ sedan.

The whole range benefits from upgrades to the technology and safety features to be found in the car, while the headline news is the introduction of the XJR575 performance model.

Design boss Ian Callum says that he has tried to use "intricate details" to ensure that drivers and passengers feel like they are in something ‘truly special’.

The XJR575 gets a full body kit, which includes front and rear spoilers and vents in the hood as well as 20-inch wheels and "575" branding throughout the interior.

Across the range, the XJ now features a 10-inch touchscreen on the center console that offers a customizable home screen. Connectivity is improved with 4G Wi-Fi that up to eight devices can connect to.

The system behind the touchscreen uses a quad-core processor to ensure a rapid response from the fancy graphics. One neat feature of the navigation is Commute Mode, which learns your drive to work and automatically suggests alternative routes if there is traffic on the way to the office.

Safety-wise, the XJ range now boasts Forward Traffic Detection, which helps when emerging from blind spots at junctions and other times when forward visibility is restricted, Lane Keep Assist and a Driver Condition Monitor that watches the person behind the wheel for signs of fatigue.

Jaguar also claims "superior functionality" on its Autonomous Emergency Braking pedestrian safety system, which uses a forward-facing stereo digital camera between 3 and 37 mph (5 to 60 kph) to automatically brake the car when a collision is detected.

Lasting just 44 seconds – the time it takes Jaguar’s fastest-ever XJ saloon to reach its top speed – Burgess gave a quick-fire insight into the development of the potent new model.

The high velocity interview was almost over before it began, but the unrelenting acceleration of the new XJ flagship did not stop Burgess, Production Studio Director and SVO Projects Director at Jaguar, from providing a unique take on the performance saloon. Watch the video here: https://youtu.be/U-FPIi-bNc4

“I have done plenty of short interviews in my time, but nothing quite like this! It might have been a bit of fun but doesn’t it just demonstrate perfectly the extreme performance of the new XJR575. I could barely finish answering those quick-fire questions before we hit 186mph and then it was all over! Can we go again?”

The XJR575 is the new performance flagship for the XJ range with power up from 550PS to 575PS, delivering 0-62mph (100 km/h) in just 4.4 seconds. Jaguar Land Rover’s 5.0-litre V8 supercharged engine also provides 700Nm of torque, providing the new addition to the range with effortless acceleration and refinement.

Updated exterior badging and twin bonnet louvres mark the vehicle out from the rest of the range, as do the red brake callipers that accompany the 20-inch Farallon gloss-black wheels. Bespoke embossed tread plates alongside intaglio and diamond-quilted seating add a final flourish to the XJR575’s interior.

“This is a performance vehicle, but that doesn’t mean we have had to cut any corners when it comes to comfort or design. Jaguar is the standard bearer for interior refinement and the XJR575 is no different. It can go very quickly, but it does so with the serene comfort customers expect from a Jaguar saloon. That makes this a very special car indeed.”

The XJR575 is manufactured at Jaguar Land Rover's Castle Bromwich plant alongside the XE, XF, F-TYPE and XJ model lines.