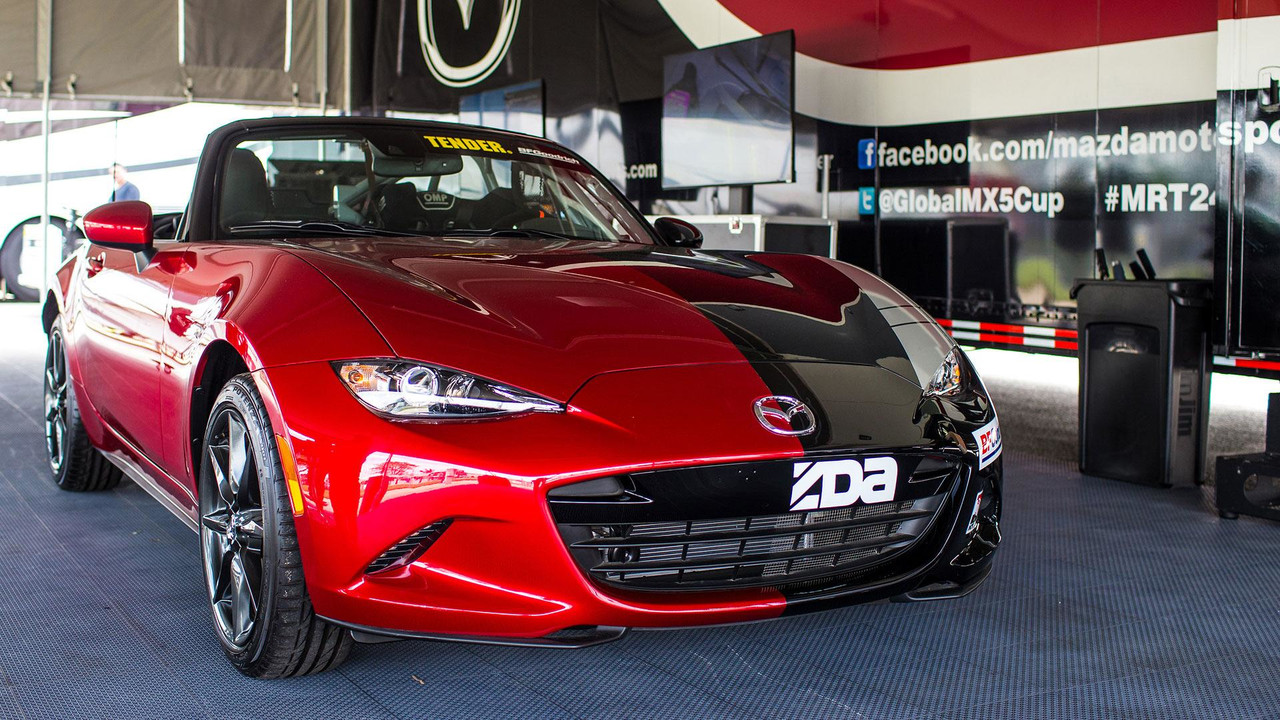 People like to throw around terms like “race car for the road,” but perhaps no car has ever merited the term more than this one. It’s called “Halfie,” and it was built by Long Road Racing on behalf of Mazda as a promotional tool.

Yes, it’s a split-personality version of the Mazda MX-5 Miata: The driver’s side is a ready-to-go racing version based on the Global MX-5 Cup car, while the passenger side remains a factory-stock example of Mazda’s latest roadster.

Long Road Racing already builds Global MX-5 Cup racing cars, so the North Carolina-based company was the natural go-to when Mazda North America came up with the idea of creating this car. Long Road Racing’s Alana Long told Motor1 via email that the project was a labor of love for the team.

“We literally built half a race car in doing it, although we had to build the whole cage then saw it in half to produce the right dimensions on the cage component,” she said.

On the driver’s side, then, you get the upgraded wheels, brakes, tires, and livery from the racing car, along with a bucket seat and various pieces of safety gear. From the other side, Halfie looks like any other ND-generation Miata leaving the showroom.

The attention to detail is fantastic. Note, for instance, that there’s only half of an infotainment screen atop the car’s dashboard, only half of a convertible top, and you’ll notice that the passenger side of the car remains fully carpeted and still has a standard Miata road-car seat. The rear-bumper “MAZDA” decal is cut off halfway across the car, and, of course, there’s only half of a roll cage.

The race-car mash-up now travels around the country to various races, where Long says, “it’s always a popular item for crowds.”

It seems unlikely we’ll ever see the bifurcated roadster actually racing on the track, but as a stationary marketing tool, it’s definitely an unusual prop. Check it out in detail in the photo gallery below.