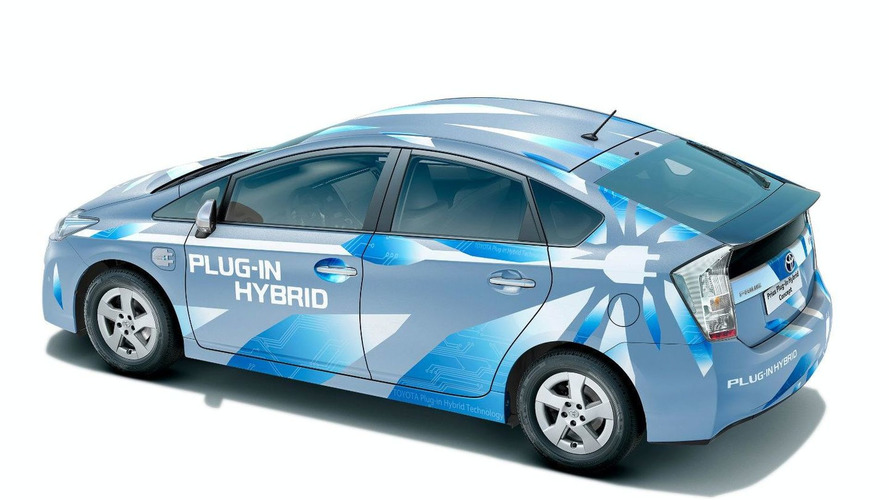 Toyota has released new details about the Prius plug-in hybrid concept, ahead of its Frankfurt debut.

Power comes from a 97hp 1.8-liter four-cylinder petrol engine and an advanced lithium-ion battery (which replaces the nickel-metal hydrides found in normal Priuses/Prii). Thanks to this unique combination, the plug-in can travel up to 12.5 miles (20km) at speeds up to 62mph (100km/h) solely on electric power. When the battery is depleted, the car automatically starts the engine and effectively becomes a traditional Prius. With the reduced dependence on the engine, the Prius plug-in hybrid is expected to emit less than 60 g/km of CO2.

As with all plug-in hybrids, the Prius has to be fully charged to reach it's maximum potential. Thankfully, the company predicts this will only take one-and-a-half hours with a 230v power supply.

Inside, the Prius is outfitted with a Hybrid System Indicator (which shows information on the EV driving range) and an Electro Multi-Vision screen that shows the car's contribution to reducing CO2 emissions.

As we have previously reported, Toyota will lease 500 Prius plug-in hybrids early next year. Marketed as an effort to "evaluate all the technical aspects of the new model in a real-world environment," the leasing program effectively builds hype for an eventual production model.