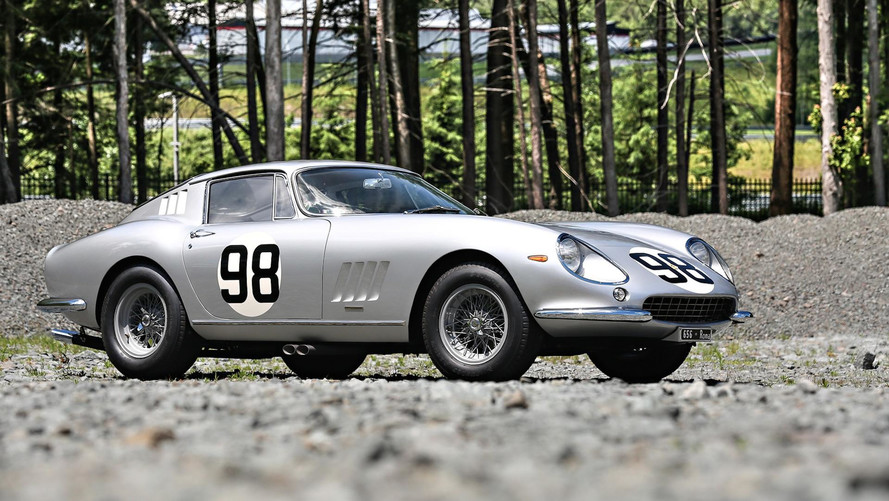 Would you pay nearly $15 million for this rare Ferrari?

UPDATE: The rare 1966 Ferrari 275 GTB/C Competition sold within the higher portion of its estimate for a final price of $14.52 million.

One of just 12 every built, and one of just eight left-hand drive examples, this rare 1966 Ferrari 275 GTB/C Competition will be heading to auction next month in Monterey. The Prancing Pony joins a collection of 13 classic Ferraris worth $18 million that will also be crossing the block at Pebble Beach – but this one on its own could be worth just as much.

Gooding and Co. estimates the Ferrari could go for anywhere from $12 to $16 million. And why shouldn’t it? The exterior is finished in a lightweight alloy bodywork with the number "98" emblazoned on the door panels and hood. It even wears a set of original Borrani aluminum wire wheels.

Power comes courtesy of a 3.3-liter V12 paired with high-lift camshafts, 250 LM-type valves, unique custom pistons, a redesigned crankfshaft, and Weber 40 DFI/3 carburetors. The car was originally completed in July of 1966, and bears the chassis number 09051. It comes in a handsome Argento Metallizzato finish with a black leather interior.

The car raced extensively throughout Europe from 1966 to 1970 under the ownership of Renzo Sinibaldi and Alberto Federici, where it took home multiple overall wins. It has since retired to private collections in the U.K. and U.S., and was sold to its most recent owner in 2004.

In 2007, the car underwent an extensive restoration at the hands of Wayne Obry’s Motion Products Inc. in Neenah, Wisconsin, a widely regarded Ferrari specialist here in the US. It was refinished in the same original racing livery you see here, and was displayed at the 2007 Pebble Beach Concours where it scored 99 points and was awarded a second in class trophy.

Now it will cross the block once again. The Gooding and Co. Pebble Beach auction will kick off on Friday, August 18, and run until Saturday, August 19.