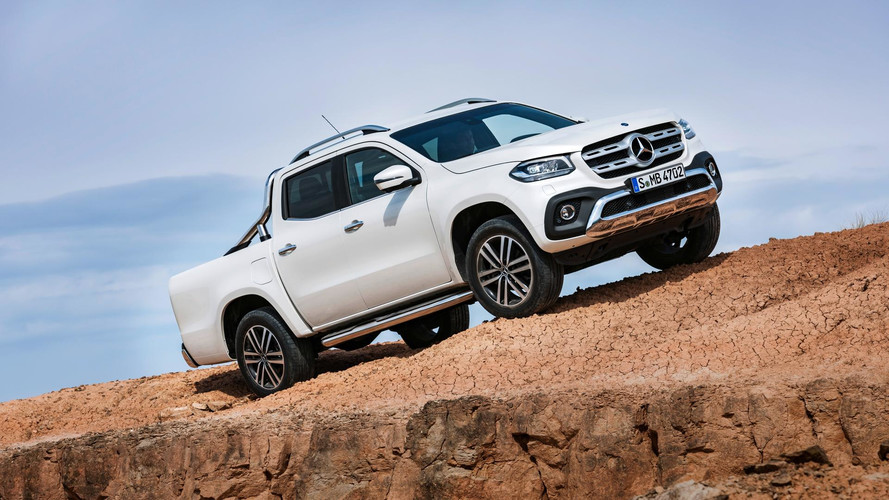 Fans of powerful, V8 pickups will be unhappy to hear that Mercedes-Benz is not planning an AMG version of its recently introduced X-Class pickup. It’s already one of the most powerful models in this segment on the European and Australian markets, but it won’t be getting a variant close to vehicles like the Ford Ranger Raptor.

The information was confirmed by Mercedes-Benz Vans global boss Volker Mornhinweg, who spoke to CarsGuide at the launch of the model in South Africa last week. "I think the car is quite impressive already when it comes to styling and so on," he said. "I think the product is not right for V8."

While we partly agree with Mornhinweg opinion, Mercedes-AMG’s engine range also includes the smaller 3.0-liter V6 turbo unit that actually could make its way to the pickup. The idea was not dismissed by Mercedes Vans South African boss Diane Tarr.

"We won't be bringing in an AMG at this point in time but naturally the headquarters colleagues are very away of the AMG status and demand," she commented. "And for us, let's bring our product into the market, let's consider it, let's get the customer feedback and certainly we will continue to have conversations with headquarters colleagues around an opportunity that may or may not arise. Let's not rule anything out. Let’s see how we go."

The X-Class AMG might seem more like a mirage, but a cab-chassis version was already confirmed, at least for the Australian market. The work-focused variant will be offered for two of the three base trim levels, expanding the model’s lineup on the continent to a total of 18 different versions.

On a related note, Mornhinweg has given CarAdvice a simple explanation of the X-Class’ name. “When we thought about which kind of letter it should take, we said ‘oh yeah, what the hell, X is available’,” he explained. “And we thought the X is also perfect fit to take the rough and tough commercial aspect, and take the more premium lifestyle thing from the other side, to make this kind of a cross, or an intersection. We were convinced X-Class would be a strong name. It’s a strong name I think.”