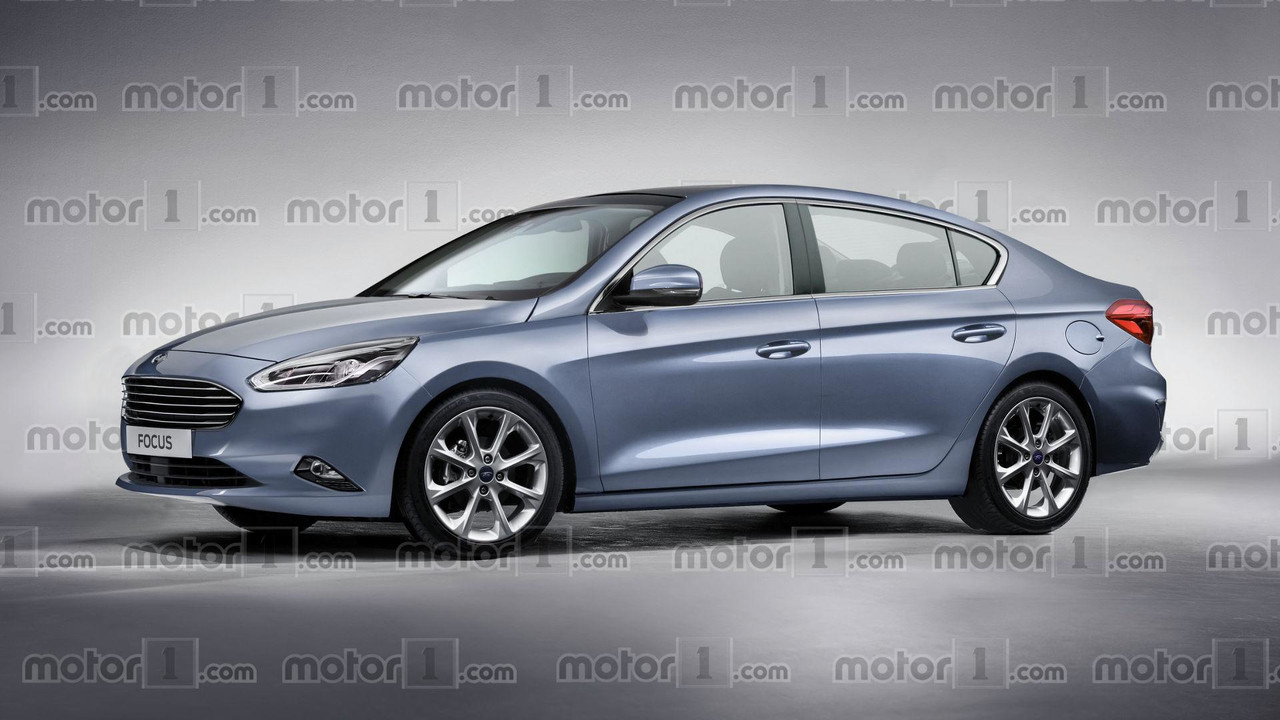 The compact sedan looks all grown up.

We’ve seen the spy shots and now time has come to imagine what was hiding beneath the camouflage. The weekly render from OmniAuto.it / Motor1 Italy attempts to see into the future of Ford’s all-new Focus in the sedan guise with its stretched wheelbase and consequently longer rear doors. The new look will be complemented by improvements on just about all fronts, with one of the most important being an estimated weight loss of 100 pounds (50 kilograms).

With the exception of the taillights, the test vehicles that have been spotted so far seemed to have almost all of the final bits and bobs on the outside, so the speculative render likely paints an accurate picture of what to expect from the real deal. Design will be evolutionary rather than revolutionary, which will be both good and bad news, depending on whom you’ll be asking. As for the interior, previous spy shots have shown it will get a head-up display and quite possibly an all-digital instrument cluster:

The five-door hatchback will lead the way for the Focus IV family and is expected to come out at the beginning of 2018. The wagon and the sedan body styles should follow later the same year. In a bid to spice up the range, the Blue Oval might come out with a high-riding Focus Active in the same vein as the Fiesta Active. It’s not known which of the three body styles will receive the rugged treatment, but the wagon makes the most sense to take on the likes of VW Golf Alltrack, SEAT Leon X-Perience, and the Skoda Octavia Scout.

While the Focus IV will be out in Europe and other parts of the world next year, the United States will have to wait until mid-2019 to get the new generation. It will come from China as Ford will move production from Michigan to the People’s Republic where the current Focus is being put together at two factories.