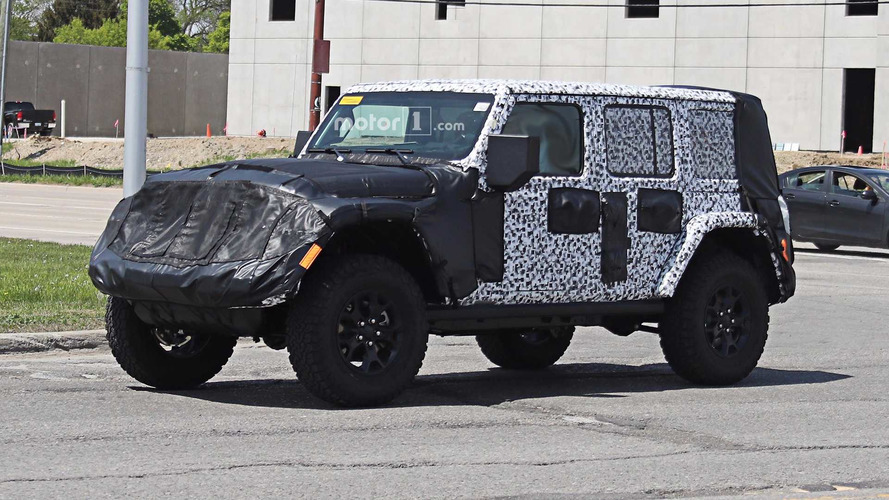 Power sliding hardtop and diesel engine in the works.

An anonymous tipster has told the good folks at JLWrangerForums the next-generation Wrangler (JL) will be unveiled at the 2017 Los Angeles Auto Show, which is set to open its doors on December 1. If the report turns out to be accurate, chances are we’ll see it at the end of November on the World Wide Web or even sooner in what might be a teaser campaign. According to the same source, dealers will have production models on display beginning with mid-late December.

Engine options upon launch will include a revised 3.6-liter Pentastar V6 hooked up to a manual gearbox or an optional automatic. An auto-only turbocharged 2.0-liter is also in the offing, while a thrifty diesel will be launched towards the end of the 2019 model year.

Based on the new intel, it looks like the two-door Sahara variant will not live to see a new generation while a power sliding hard top (PSHT) is going to be added late 2018MY. Jeep officials also revealed during the same meeting the Unlimited will boast a longer wheelbase, thus granting more legroom for passengers sitting in the back. Interestingly, most of the aftermarket parts available for the outgoing Wrangler (JK) will be compatible with the new one.

Start/stop technology with push button start is on the menu, as are seats with manual lumbar support adjustment, 33-inch tires for the Rubicon along with a redesigned transfer case handle. Colors will include blue, red, orange, black, white, Billet Silver, Granite Crystal, Baja Yellow, and others as well.

Sadly, there aren’t any new details about the pickup, though it doesn’t come as a big surprise considering reports are indicating it will be launched late 2018 or in 2019.

Check out the second source link below to see spy shots of the diesel-powered Wrangler.