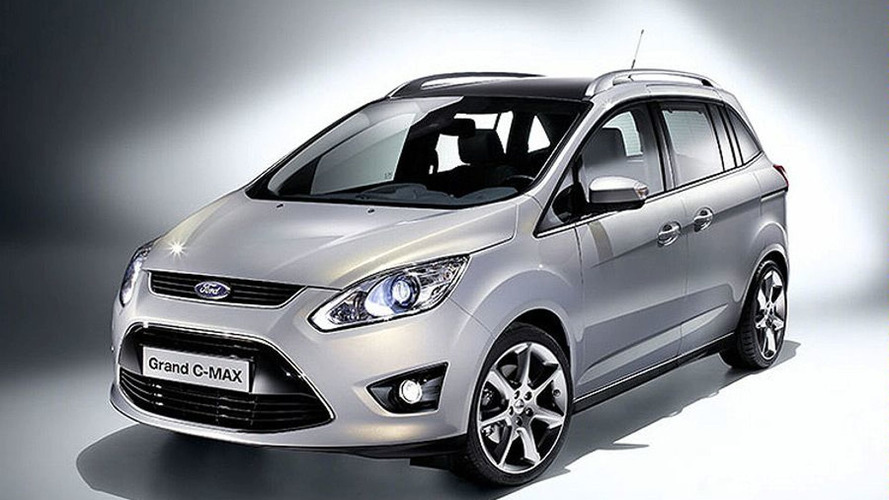 With the Frankfurt Motor Show less than a week away, new images have leaked showing Ford's Grand C-MAX.

With the Frankfurt Motor Show less than a week away, new images have leaked showing Ford's Grand (seven-seat) C-MAX.

Like the five-seat model, that was officially unveiled earlier this month, the Grand C-MAX adopts Ford's 'kinetic' design. While much of styling is identical, the seven-seat C-MAX features an increase in length, a sliding rear door, and a redesigned greenhouse. Ford has also eliminated the sloping roof to allow for improved headroom for third row passengers.

Regardless of the exterior design changes, the cabin appears luxurious and modern. The button-intensive dash is dominated by a massive control knob which operates a small display screen. Other features include contrast stitching, a separate display for climate control functions, and a push button ignition.

Engine options will include the usual petrol and diesel units from Focus and Kuga, as well as Ford's new 1.6-liter EcoBoost.

As we have previously reported, Ford is considering bringing the C-MAX to North America. While nothing is official, Ford is likely watching American's attitudes towards SUV replacements.