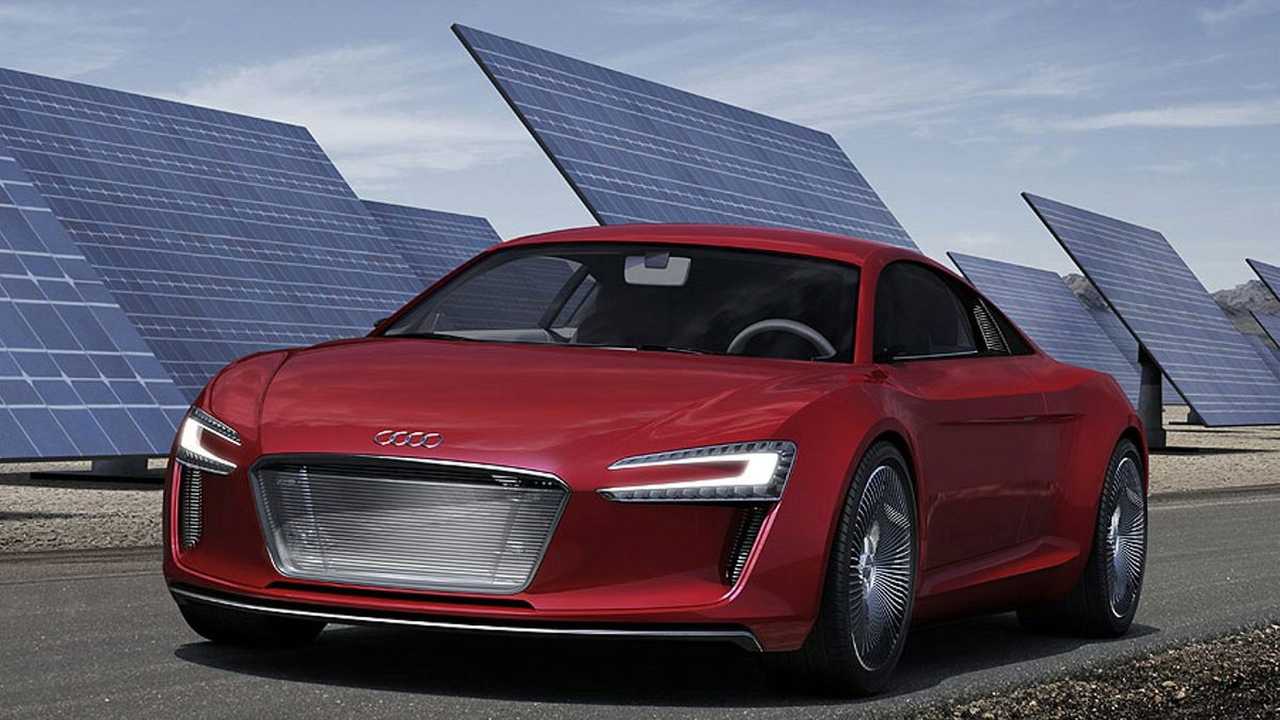 We have lots of picture confirmation of Audi's e-Tron concept, the rumoured R8-based electric/ hybrid supercar concept scheduled to appear at Frankfurt.

Audi is likely to spoil the supercar party for both its archrivals at the Frankfurt Motor Show. BMW and Mercedes-Benz will unveil the Vision EfficientDynamics Concept and the SLS AMG respectively at the show but had not been counting on Audi's so-called e-Tron being there.

Adamant that no leaks or teasers will be seen before the official presentation next week, Audi executives will now be tightening security around the car more than ever after these leaked concept files found their way to our offices. Its overall profile is pure R8 but it has a different front grille, LED headlights, wheels and rear end. The interior is also very different and features a completely driver-biased centre console with two screens; one for the rear view camera and one showing a navigation map.

Interest is gaining momentum and the company's own ElectricityUntamed.com site is not helping the situation one bit.

Officially the e-Tron does not exist. However rumours and these pictures say it does, and that its powertrain is based on either the hybrid or 100% electric model. The former would fall in line with BMW's Vision EfficientDynamics Concept while the latter would put it on par with the confirmed SLS AMG eDrive which has a combined output of 392kW (533hp) and 880Nm of torque.