Tuned by Edo Competition, this 991 packs a monstrous 675 horsepower.

With the exception of the monster GT2 RS, there’s nothing above the Turbo S Exclusive Series in Porsche’s massive 911 lineup when it comes to power. Its biturbo 3.8-liter engine pushes out a monstrous 607 hp (446 kilowatts) and 553 pound-feet (750 Newton-meters) of torque, yet Edo Competition has found a way to squeeze more muscle from the flat-six. Packing a mighty 675 hp (496 kW) and 627 lb-ft (850 Nm), the heavily modified “Blue Arrow” is billed as being the fastest 991 Turbo S of them all.

How fast you ask? To find out the car’s top speed, the tuner took it to the High Speed Oval ATP Papenburg in Germany where it reached an impressive 344.18 kph (213.86 mph). Auto Bild then drove the car on the Lausitzring circuit to verify the velocity, and that it did as the maximum speed was confirmed. That makes it faster than the aforementioned Turbo S Exclusive Series, which can “only” do 205 mph (330 kph). 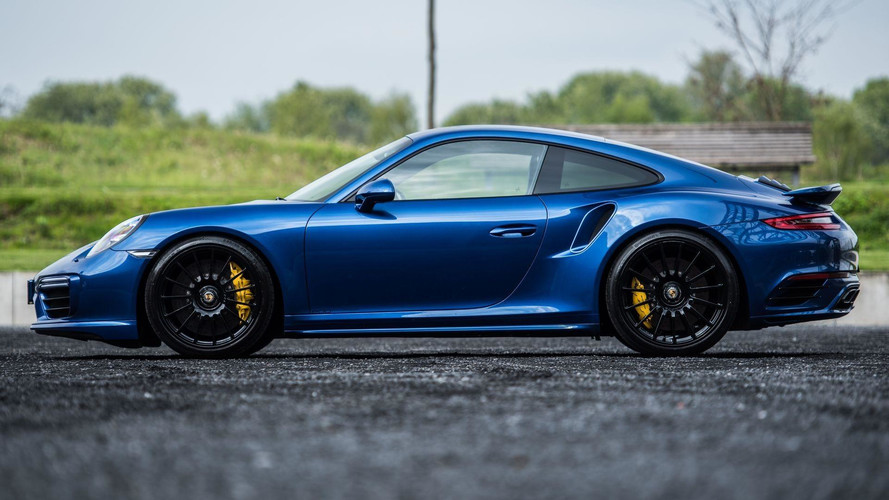 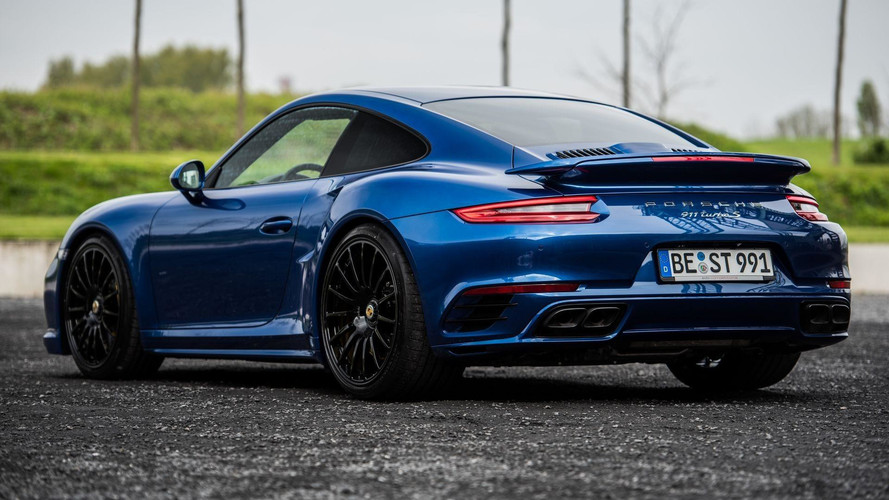 The Blue Arrow is based on the facelifted 911 Turbo S and is able to push out more power thanks to a new engine control unit and optimized software. Interestingly, Edo Competition says the six-cylinder engine is actually a whopping 60 kilograms (132 pounds) lighter. 20-inch forged wheels and a -30mm lowered suspension have been installed as well, while the front carbon fiber hood is derived from that of the GT3 RS.

You will have to give the tuner a call to find out the car’s price tag. For reference, a standard Turbo S kicks off from €205,133 in homeland Germany whereas in the U.S. it starts at $190,700. The Exclusive Series is limited to 500 units and Porsche is asking €259,992 in Deutschland.

Still not impressed? Edo says it's already working on a stage two program...

27 Photos
By: Adrian Padeanu
++
Got a tip for us? Email: tips@motor1.com
Hide press releaseShow press release

- Confirmed measured speeds by Autobild Sportscars on the Lausitzring circuit.

Whoever asks themselves which upgrade kit is best suited for the new Porsche 991 Turbo S Facelift, they will find the perfect solution with edo competition: a newly developed engine control unit with strong performance-optimised software, an enormous, better sounding and impressive 60 kg lighter engine has allowed the Blue Arrow to mutate into a horsepower-bound colossus. Apart from the massive improvements made under the bonnet, the look of the car has also been enhanced: intricate forged wheels that we produce ourselves and suspension springs that have been lowered by 30 millimetres. The Blue Arrow certainly does its name every credit.

All modifications at a single glance:

Performance: The edo competition performance kit provides a mind-blowing 675 break horsepower (496 kW). With a maximum torque of 850 Newton metres and an acceleration of 0 to 100 km/h in 2.7 seconds, it reaches a top speed of over 344 km/h.

Sound: The brute sound is thanks to the redesigned Sport muffler with tri-alloy cat converter. Produced entirely from stainless steel, the sound guarantees real motorsport feeling.

Exterior:
Carbon front bonnet GT3 RS painted, 2-part or 3-part grille at the front and at the side at the rear, colour-coordinated brake callipers, plastic parts in the front, side and rear can be individually altered in accordance with the customer wishes, light-weight carbon battery with carbon holding brackets.

The Blue Arrow brings together the highest technical know-how and is currently unbeatable when it comes to power and performance! And you can already start getting excited about stage II, which edo competition is already developing!