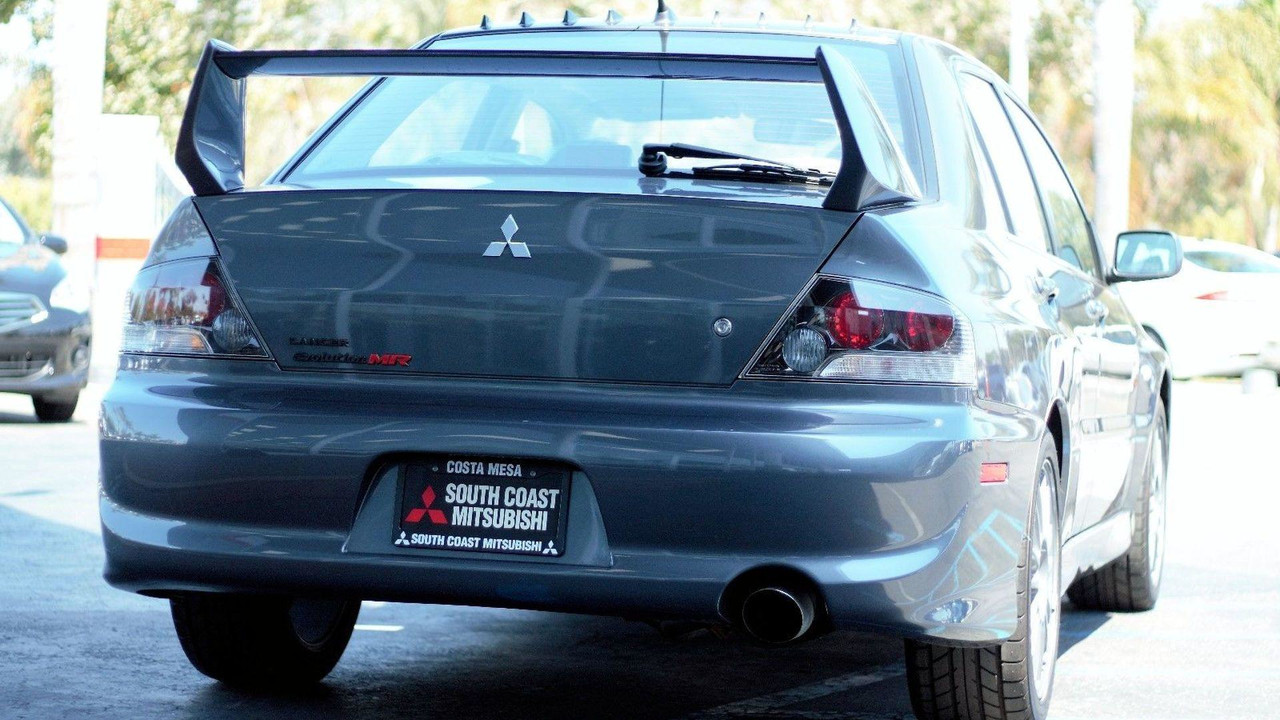 The car has driven just 9 miles and is up for sale on eBay.

The Mitsubishi Evo is long dead – the very last example sold at auction for a whopping $76,400. But that doesn’t mean buyers interested in a fun, all-wheel-drive performance sedan can’t peruse the used market for a relatively clean example. This one in particular is virtually brand new… but it comes at a cost.

With a current bid of $100,600, this 2006 Mitsubishi Lancer Evo IX is up for sale on eBay. It’s driven just nine original miles in more than 10 years, and is completely bone stock. It’s available through South Coast Mitsubishi in Costa Mesa, California, and comes with all the appropriate documents to verify its originality.

It wears the VIN number JA3AH86C56U058702, and features the original 2.0-liter turbocharged engine producing 286 horsepower (213 kilowatts) and 289 pound-feet (391 Newton-meters) of torque. It comes paired to a six-speed manual transmission, of course, and cost just $35,189 when new with all the options. A/C, power locks, and power windows are included, and there’s even an existing warranty on file.

But the question remains: is it worth $100,000? Some people certainly seem to think so. Already the listing has registered an impressive 43 bids from buyers hoping to get their hands on the rare sedan. For those of you not willing to shell out six figures for an Evo IX, there are plenty of other examples on the used market – though not as clean – that can be had for around $20,000.

Sadly, Mitsubishi has no plans of reviving the Evo in its current form. Instead the company will focus on SUVs, with rumors circulating that it could revive the Evo name in the form of a sporty SUV.