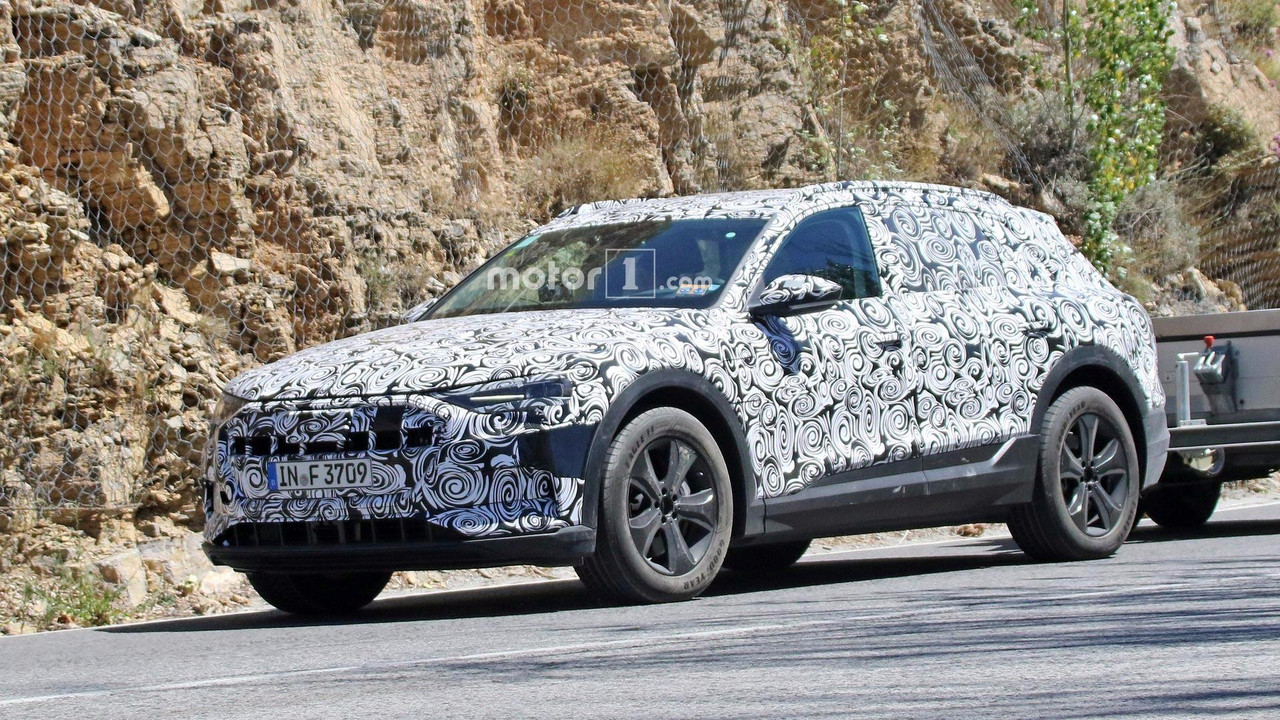 The cart this this one tows might be a mobile battery.

The Audi E-Tron Quattro electric crossover has been caught under development for the first time. The spy shots reveal a highly camouflaged example testing in Europe.

The body’s concealment hides the details of the design, but the general shape is quite similar to the 2015 E-Tron Quattro concept. The model’s face features ultra-narrow LED headlights and a broad grille between them. Aerodynamic mirrors stick out from sides. At the back, a raked rear hatch flows to the tailgate.

This test mule tows a small trailer behind it. This could simply be for testing the vehicle’s ability to haul a load. Our partners at Inside EVs also suggest the possibility of this cart holding an auxiliary battery for the EV. If so, then Audi would conceivably be able to test the E-Tron Quattro in environments where chargers are not readily available.

The E-Tron Quattro uses a 95-kilowatt-hour battery that reportedly gives the EV a range of around 311 miles (500 kilometers). Judging from the concept, three electric motors – two at the rear and one in the front – generally produce 435 horsepower (320 kilowatts) and a boost function temporarily pushes the output to 503 hp (370 kW). The run to 62 miles per hour (100 kilometers per hour) would take about 4.6 seconds.

Audi will build the E-Tron Quattro at its plant in Brussels, Belgium, starting in 2018. The Four Rings is already taking reservations for the EV from customers in Norway that want to be the first to have one. In 2019, the brand intends to broaden the EV lineup by introducing a production version of the E-Tron Sportback. This CUV would share the same battery as its boxy sibling and would also come from the Belgian plant.

Further in the future, the automaker intends to introduce an EV sedan and city car. Audi wants at least 30 percent of its volume to be 30 percent fully or partially electric vehicles by 2025.