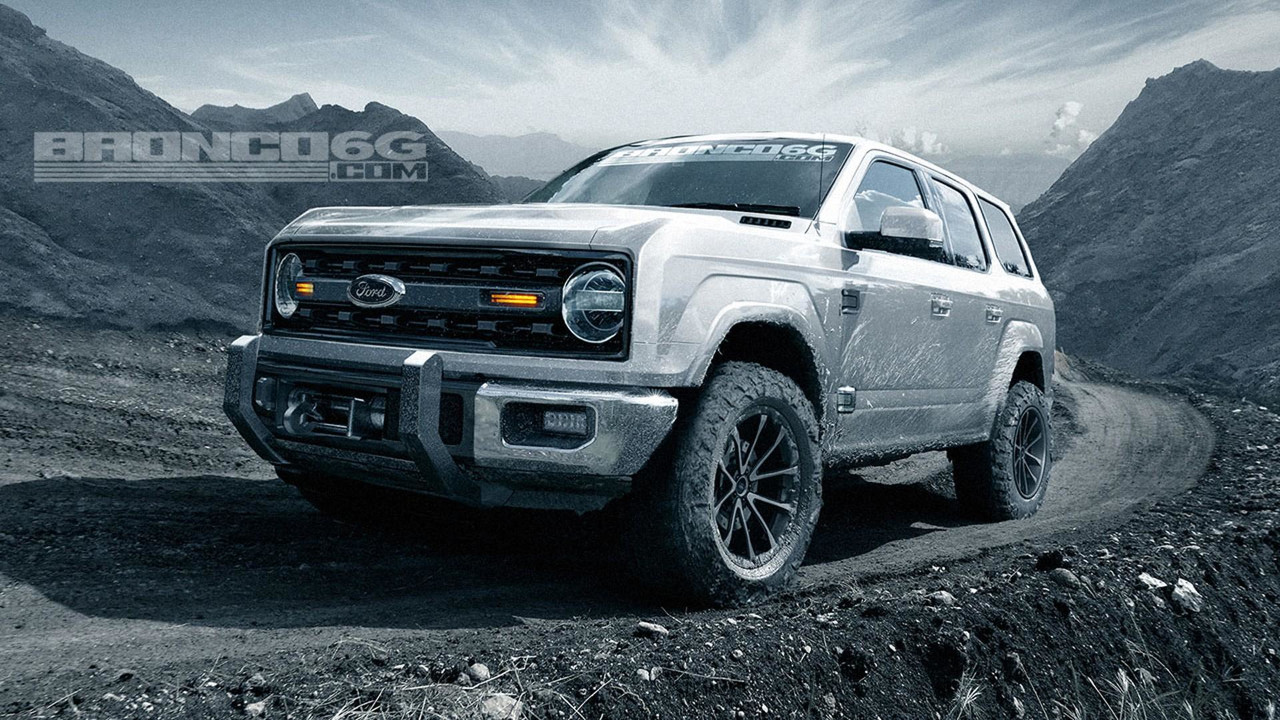 Starting price will be somewhere around $30,000.

Much to the excitement of enthusiasts everywhere, Ford announced the revival of the Bronco (and the Ranger pickup) before the end of the decade. With it came a divulge of rumors, reports, and renderings in an effort to reveal its true identity well before its scheduled debut.

The latest gossip on the Bronco comes to us courtesy of GearPatrol. The publication sat down with a "Ford engineer closely involved in the project," who leaked a number of new supposed details surrounding the upcoming SUV. The most shocking of which: there won’t be a two-door version. The engineer cites "no market" for it here in the U.S., even though the new Wrangler will include a two-door model. The rendering pictured here gives us our best idea as to how a four-door Bronco might look.

Though we may not get a two-door version of the Bronco, we now know that it will have a 19.7-inch (500-millimeter) wading depth, and under the hood will be a 325-horsepower (242-kilowatt) 2.7-liter biturbo V6. As of now, a Raptor version is "not even in the works yet," so don't expect it to look anything like this.

As far as the design, expect some similar styling to the Brazilian Troller. "They just commissioned another design study, because they feel it looks too much like a Wrangler," said the source. "If you’re familiar with the Troller, out of Brazil, that’s the basic concept, but it’ll look like a four-door version of that." Thankfully, this contradicts previous reports that it will look like the European Everest.

The Bronco will be built at Ford’s Wayne, Michigan plant, but most of the engineering and development will reportedly take place in Australia, specifically at Ford’s Asia-Pacific Engineering Center in Victoria. The Bronco will have an asking price of around $30,000 when it’s released in 2020.