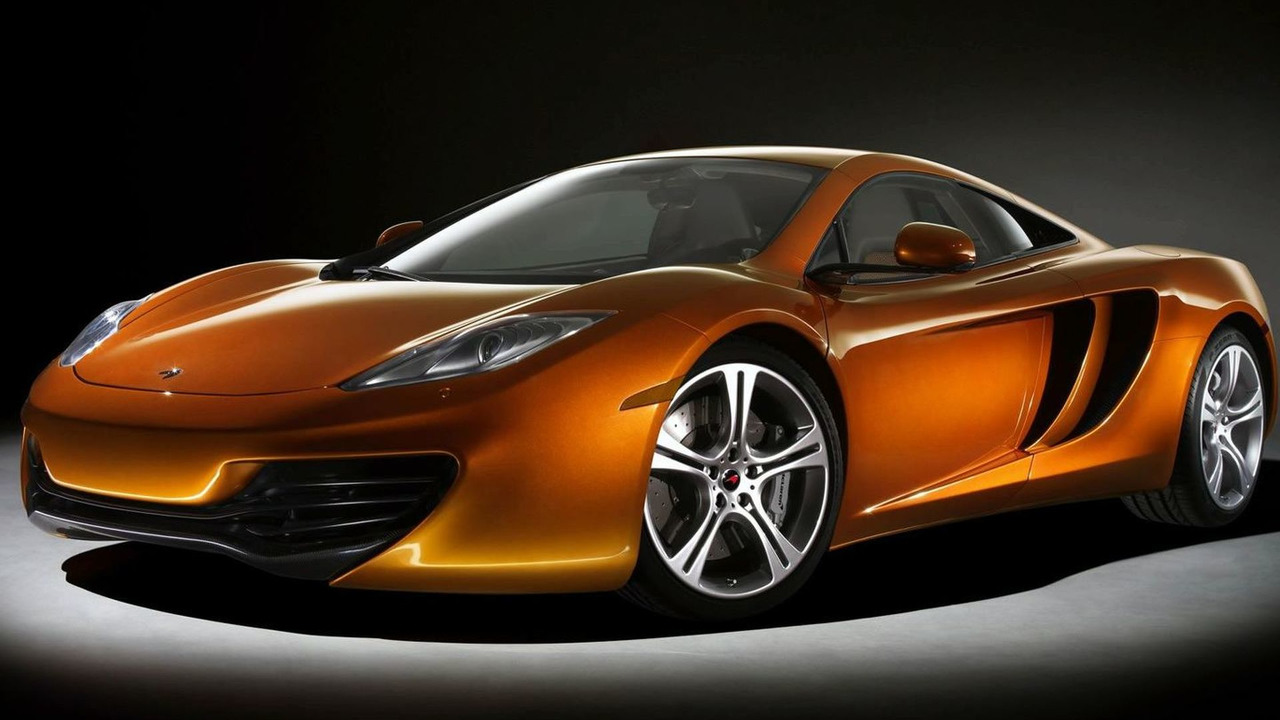 Power comes from a mid-mounted 3.8-liter twin-turbo V8 engine, which produces around 600 bhp and 600 Nm of torque.

Set to become the first "modern" McLaren, the car features dynamic styling that was purposely designed to be timeless and relevant for years to come. While the end result looks kind of generic from certain angles, McLaren points out that virtually every aspect was designed to be fully functional. Obviously the car features a little McLaren magic, but that's mostly limited to the F1-inspired dihedral doors and air scoops that resemble the McLaren logo. Out back, the car features LED taillights and unique center-mounted dual exhaust tips.

Inside, the MP4-12C boasts a luxurious cabin with a slim center console (with an "Active Dynamics" control panel), a 7-inch touch screen, and attractive sport seats. Other design features include a low cowl for improved visibility, a button-less sports steering wheel, and door-mounted climate control knobs.

Power comes from a mid-mounted 3.8-liter twin-turbo V8 engine, which produces around 447 kW (600 bhp / 608 PS) and 600 Nm of torque. Thanks to a dry sump and a flat plane crankshaft, the engine can be placed extremely low in the chassis for a low center of gravity and improved handling. Backed up by a seven-speed "Seamless Shift" dual clutch gearbox (with normal, sport and high performance modes), the MP4-12C promises to deliver "new standards for power and performance in its sector."

While the company failed to provide performance data, they stated that they focused on "useable measures such as in-gear acceleration times, braking performance, the efficiency of power delivery, and achieving the lowest possible fuel consumption and CO2 emissions."

As you would expect, McLaren drew heavily on their racing knowledge when developing the MP4-12C. For example, the car rides on an 80 kg (176 lbs) one-piece carbon fiber chassis - dubbed the Carbon MonoCell - which was specially designed to be lightweight, strong, and durable. The supercar also features an advanced Brake Steer system, which helps to cancel out understeer when entering corners as well as providing improved traction on the way out. Other performance features include forged aluminum brake hubs, an Airbrake system and a Pre-Cog transmission function that "primes" the gearbox for the next shift.

Look for more information to be released when the MP4-12C approaches its 2011 launch date.