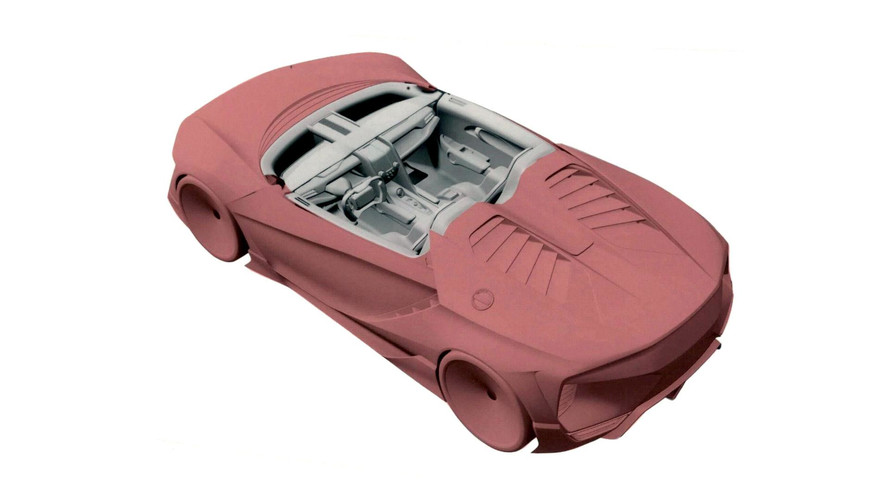 Judging by the futuristic steering wheel and avant-garde body, we're pretty confident this is a concept.

Remember the so-called “baby NSX” patent images from more than two years ago? New ones have emerged and these are slightly better, not just because of their higher quality, but also due to the reason we are able to check out the interior. With the removable roof taken down, the little sports car is showing its driver-focused cabin that bears somewhat of a resemblance to the big daddy NSX.

Just by looking at that F1-like steering wheel you know this is most likely a concept rather than a full production model. The previous patent images (pictured below) have shown cameras instead of conventional mirrors – to us that’s always a sign of a showcar.

The patent images were published by the European Union Intellectual Property Office on June 26 this year, but without any information that might have shed some light about what we’re actually seeing here. It could be called “ZSX” considering Honda registered the moniker with the same EUIPO on July 26, 2016. Presumably, the designation points out a possible connection to the NSX.

If a smaller sports car is indeed in the works, we’ll likely see it first as a concept and it might just be this one. Let’s keep in mind that a few months ago our spies caught on camera yet another Honda-badged concept (pictured below) looking very much like the one depicted in the patent images, but not exactly a carbon copy of it. Concepts go through various changes during the development phase and these two could be proposals for a new showcar.

When will we see it? Nobody knows. Well, except for Honda. Add into the mix those rumors about the S2000’s revival and you get an even bigger puzzle. It goes without saying that a potential production model won’t look exactly like these concepts.