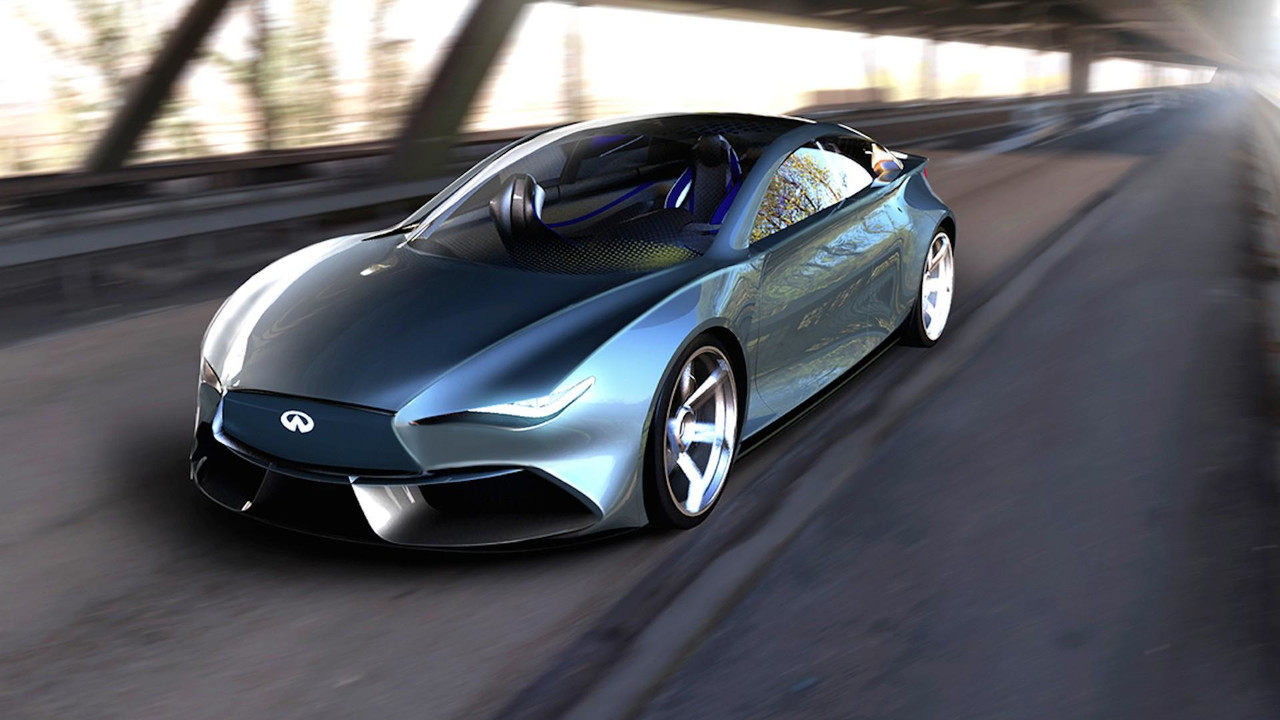 If Infiniti did decide to build an electric sedan, it could look something like this

The new and improved Nissan Leaf will make its world debut in just a few months on September 5 at a special event in Tokyo. Already we know that the second-generation electric hatchback will be bigger and more efficient than the model that it’s replacing. But if it were up to one designer, it wouldn’t be the only EV in the Nissan-Infiniti portfolio.

Navneeth Kannan, a design student based in Turin, Italy, asks the question, "what could an Infiniti EV look like" for the year 2025. Answering his own question, he's come up with a concept for an electric Q50 that could hypothetically go head-to-head with the Tesla Model S. The goal was to create a vehicle that was "driver oriented," but also capable of "reinterpreting the EV face." With that in mind, the Q50 EV looks like something well suited for the production line.

Though it shares a number of similarities with the current Q50, including a distinctive profile and a familiar grille, it also borrows a number of cues from the Essence concept we saw back in 2009, as well as the Leaf-based LE concept from 2012 – note the familiar C pillar. In the rear we see many of the same angles, including sleek taillights and a sharp diffuser.

The interior of the concept is tailored to the driver, says the designer, while a rear-facing front passenger seat allows added comfort in the cabin. Quilted leather coats nearly every inch, and a fully digital instrument cluster brings the concept well into the future. Of course, it would likely have some autonomous capabilities.

Kannan doesn't speculate as to range or performance specs, but we do know that the new Nissan Leaf will have a much-improved range of 340 miles (547 kilometers). Using the same proposed technology, an electric Q50 would likely be able to achieve the same range.