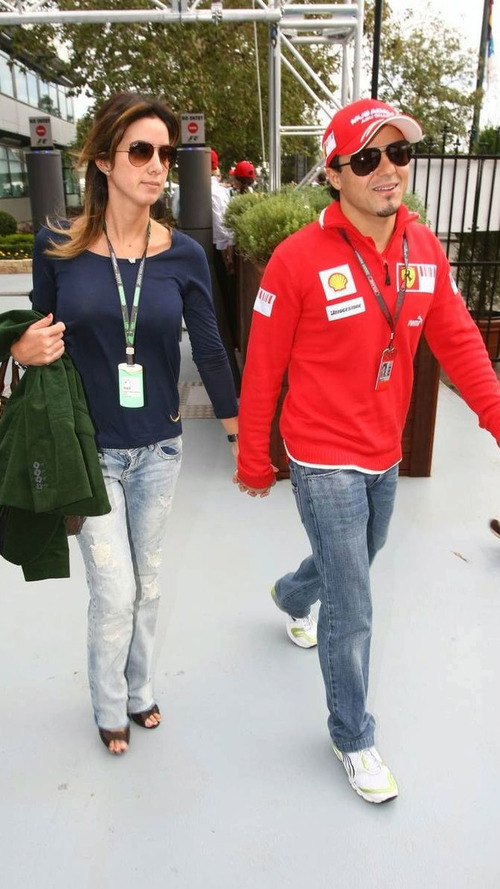 Felipe Massa and his wife Rafaela will name their first child after his Ferrari-driving father.

Felipe Massa and his wife Rafaela will name their first child after his Ferrari-driving father.

Brazilian Massa, 28, is currently recovering in his native Sao Paulo from head injuries sustained in Hungary in late July.

"I am very excited. The baby is due just after the middle of November -- and we know it is a boy. We will call him Felipe," he said in an extensive interview with Britain's Guardian newspaper.

"I don't think I will ever forget 2009 because of this crash and, more importantly, becoming a father. Positive things come out of even the most difficult times," the winner of 11 grands prix, and the 2008 championship runner-up, added.