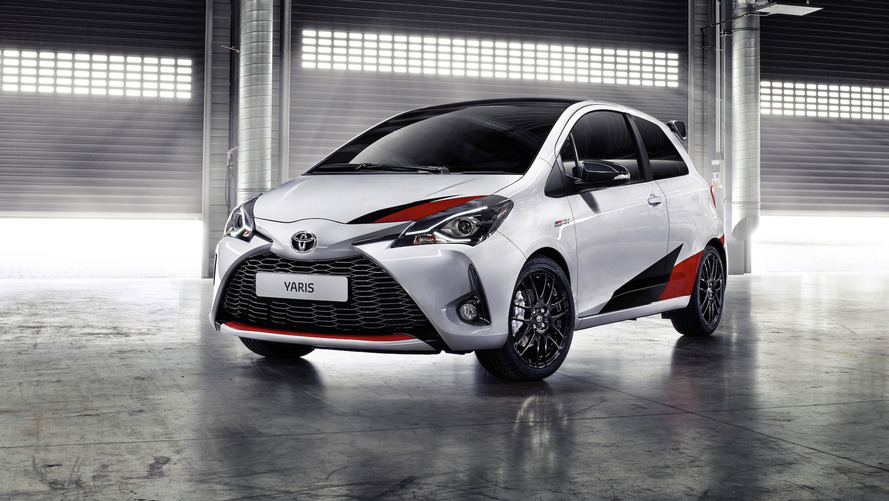 Production of the hot hatch kicks off this August.

Toyota’s new Yaris GRMN is a hot hatch with WRC credentials. GRMN, of course, stands for "Gazoo Racing Masters of Nurburgring." Making its debut earlier in the year at the Geneva Motor Show, the Yaris GRMN boasts a 1.8-liter supercharged engine producing a hefty 205 horsepower (152 kilowatts) and a "best-in-class" 0-62 mph (0-100 kmh) time – though no official numbers have been given.

For those of you looking to get your hands on the hot little hatchback, you better move quick. Just 400 units of the Yaris GRMN will be produced in Europe, according to Autocar, with no more than 100 examples heading to the U.K. As of now, Toyota has no plans to introduce the model in the U.S., but the company does say the Yaris has its sights set on the Ford Fiesta ST, and new VW Polo GTI.

Production of the Yaris GRMN will begin later this year, with pricing starting at £26,295 in the U.K., or about $34,258 at today’s exchange rates. Apart from a more powerful engine, the chassis receives a WRC-worthy makeover, including additional bracing, an extra bar between the front and rear suspension towers, and new 17-inch BBS multi-spoke wheels and performance tires.

In the cabin, a set of specially developed sport seats, a GT86-sourced steering wheel with red accent stitching, and a six-speed manual gearbox will come standard. The Yaris GRMN will be offered exclusively in the three-door trim – though we’ve seen a five-door version testing – and will include custom graphics on the doors and side sills, as well as a black wing spoiler.

The new GRMN trim is just a minor player in the all-new Yaris range. With a starting price of $16,520, the 2018 Yaris comes with standard features like a pre-collision system, lane departure alert, and automatic high beams.