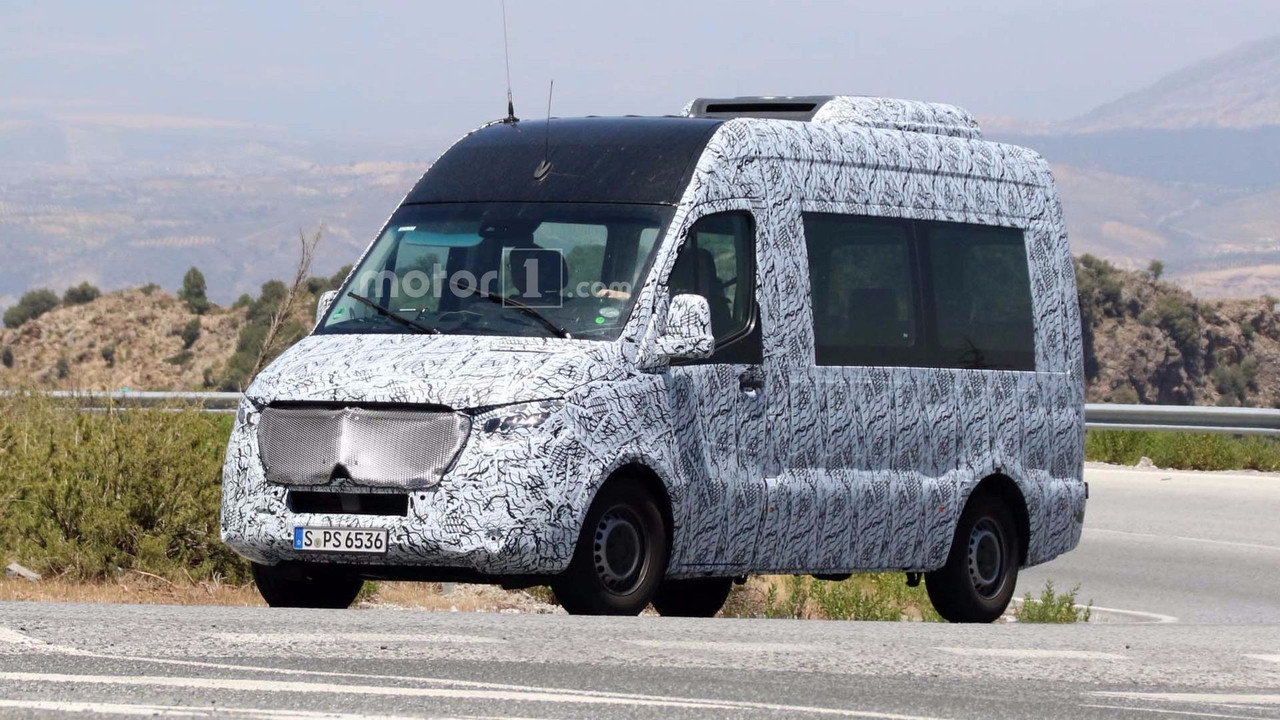 With the extensive amount of camo it's wearing, Mercedes could probably cover several prototypes of the new A-Class.

Today is a big day for Mercedes as it’s about to take the wraps off the X-Class pickup truck. Here we have a vastly different workhorse, the all-new Sprinter. Covering the tall body in all that camouflage might seem overkill, but that’s how it has always been – all prototypes undergoing testing are wearing disguise to hide the design.

In this case, it seems the 2018 Sprinter will adopt a more rounded front fascia likely in the same vein as the Vision Van concept unveiled last year with a smoother body. Aside from getting a visual makeover, the new van will be vastly different than the current model from a technical point of view. Why? Because Mercedes is doing all the development work rather than teaming up once again with Volkswagen Commercial Vehicles, which revealed its latest Crafter about a year ago. The same can’t be said about the aforementioned X-Class as it will be based on the Nissan Navara / Renault Alaskan platform.

One another big change compared to the model it will replace is represented by the implementation of an electric powertrain akin to the Vision Van. While it’s too early to talk about specifications, we should remind you the concept boasted a maximum range of 168 miles (270 kilometers) in its top-of-the-range version whereas the entry-level model had enough juice for 50 miles (80 km). The combustion engines will likely be carried over from the current Sprinter, though Mercedes might upgrade them a little bit with extra power and/or improved efficiency.

Although images of the cabin are not available in this set, the latest trend in the automotive world is to make commercial vehicles more car-like on the inside, so expect the 2018 Sprinter to have more tech onboard along with a jump in the quality of the materials. While previous spy shots have shown the Sprinter with a pickup bed, this prototype was built to carry people – lots of them.

Mercedes hasn’t said a word about the reveal date, but it will likely take place in the first half of 2018. To get ready for the Sprinter’s arrival, Mercedes-Benz Vans is investing €450 million ($519M) to upgrade the German factories in Düsseldorf and Ludwigsfelde. The next generation will also come to life in United States at a new plant located in Charleston, South Carolina.