[UPDATE] NC Cop Caught Blasting Down Wrong Side Of Highway 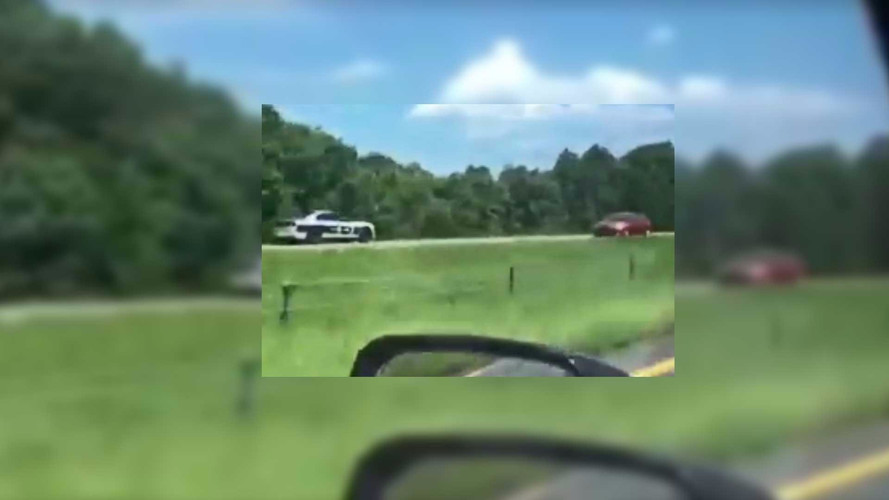 The trooper has resigned; an investigation is still ongoing.

The Charlotte Observer reports that the trooper involved in this incident has resigned, effective immediately. T.J. Williamson issued a resignation Tuesday after video of him aggressively driving the wrong way down U.S. Route 321 went viral. Williamson was presumably responding to a group of street racers that had blocked the highway around 4:30 p.m. on Sunday. The North Carolina Highway Patrol had previously placed Williamson on administrative duty after the video surfaced. The incident continues to be under investigation.

We have the utmost respect for the men and women in law enforcement who put their lives on the line to protect us. That mission has never been easy, and those who don’t wear the uniform can’t understand the pressure and the responsibility that comes with the job. As automotive journalists – of which many of us have attended high-performance driving clinics at the very least – we do have a very clear understanding of vehicle dynamics, car control, and the dangers inherent behind the wheel.

That brings us to this video of what’s reportedly a North Carolina Highway Patrol car traveling at a very high rate of speed on the very wrong side of a major highway. We don’t know specific details behind the officer’s choice to go kamikaze against traffic on an interstate like this, and for what it’s worth, we’ll reserve our own judgments on such choices until they become known. Given the rather clear and shocking footage, we’re betting more information will be coming on this, because damn.

The video comes from a Facebook user named Richard Henson. The original post containing the video has since been taken down, but it was also uploaded to YouTube by Chris Castor.  According to his post and a related thread from the folks at Reddit, this officer was responding to a group of street racers on U.S. Route 321 in North Carolina. Presumably, the street racers were at least on the correct side of the highway. Traffic doesn’t appear to be very heavy, and the patrol car appears to be on the far shoulder. Still, at one point the officer encounters a semi-truck and a car in both lanes, leaving very little room to for anyone to maneuver.

As we said, we will reserve judgement until more information comes out. Street racing is dangerous and has no place on the road, but we’re really struggling to find any sort of justification for an officer to go against traffic in the manner we see here, especially to catch street racers whose crime is endangering other motorists on the highway.

We will continue to update as new information becomes available. In the meantime, please stay safe out there people.