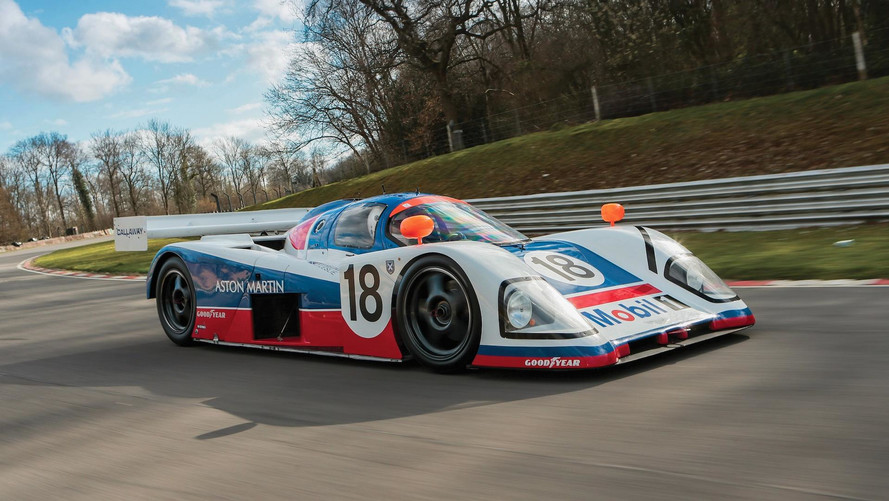 Next month’s RM Sotheby’s auction in Monterey should be one for the ages. Already we’ve seen a collection of Ferraris worth at least $18 million that will be heading to auction – but these three iconic Aston Martin race cars could go for even more than that.

First up is a stunning 1989 Aston Martin AMR1 Group C race car. Offered by its first private owner, it will be crossing the block beginning on August 18. One of just four in existence, this particular example retains its original carbon-fiber chassis, and was driven by David Leslie, Brain Redman, and Michael Roe at Spa, Donington, Nurburgring, and Brand’s Hatch during competition.

Not one to be outdone, the 2006 Aston Martin DBR9 pictured below is a more modern example of Aston Martin’s racing history. It boasts four FIA GT1 class podium finishes, and it's one of just four chassis campaigned by Aston Martin Racing’s official partner Scuderia Italia BMS during 2006 and 2007.

The car is powered by an Aston Martin 6.0-liter V12, and was driven by Fabio Babini alongside Fabrizio Gollin when it took home a podium debut at Silverstone in May of 2006. The car was retired in 2007 after the 24 Hours of Spa. Both the DBR9 and AMR1 will be offered on a bill of sale, and the DBR9 will be offered at no reserve.

But arguably the most iconic of the three  – and what some have called the "most important Aston Martin ever produced" – is this DBR1 from 1956. This is the first of five factory-built vehicles, and is said to be the most correct of the examples remaining. Under the hood is a correct reproduction engine built by R.S. Williams, but the car is also being offered with its final Works fitted engine.

The DBR1 took home an overall victory at the Nurburgring in 1959, and played an integral role in securing Aston Martin the 1959 World Sportscar Championship. Drivers like Carroll Shelby, Reg Parnell, Roy Salvador, and Stirling Moss have all taken the wheel of the iconic Aston. RM Sotheby’s doesn’t give an estimate on it just yet, but previous are said to be upwards of £15 million ($19.6 million), meaning it could one of the most expensive British cars ever built when it crosses the block.