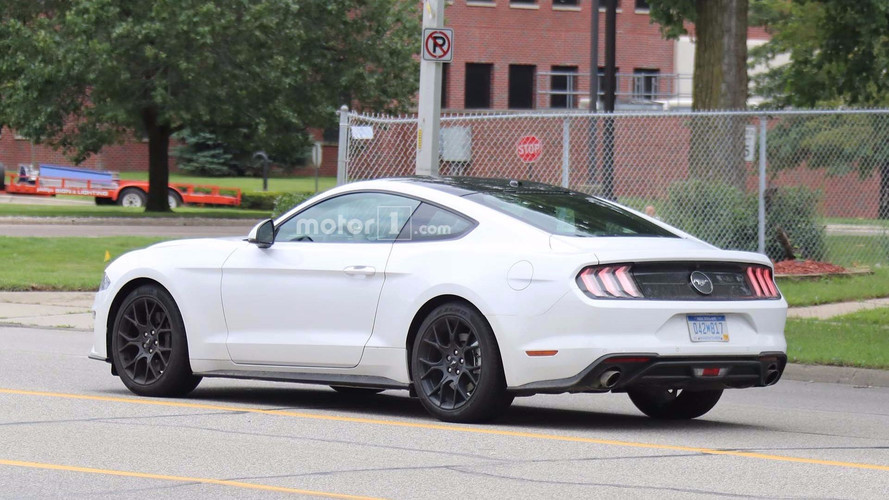 It's pretty much identical to the U.S. version.

There are probably a few people at Ford headquarters wondering why it took five decades to send the Mustang abroad. It’s become the best-selling sports car in the world since going global in 2015, and that includes claiming the top spot in Europe. The popular pony is now sold in 140 markets, and Ford is keen to keep the momentum going by ensuring everyone outside the United States gets a facelifted model for 2018.

As you can see from these spy photos, the European version will have pretty much the same design tweaks as the U.S. model. The rear tail lights and circled badge on the back are dead giveaways as to this Mustang’s origin, as such tidbits remain specific to overseas markets. Updates include a revised grille and lights, subtle changes to the fenders, a new front fascia, and a slight redesign in the rear lights. Beneath the skin, the new Mustang gets a 10-speed automatic transmission option to accompany the six-speed manual. Other power upgrades for both the 2.3-liter EcoBoost and the 5.0-liter V8 are also likely, but the specifics have yet to be revealed.

According to Ford, the Mustang is the most popular car in several European countries including France, Sweden, Poland, the Czech Republic, Hungary, Romania, Finland, and Greece. It’s also a popular seller in China, where the manufacturer says sales have risen 74 percent in 2016. All total, Mustang sales in 2016 topped 150,000 units.

With Dodge having enjoyed a recent sales surge on the dated-but-still-sexy Challenger, there’s certainly plenty of pressure on the Mustang team to have a home-run with this mid-cycle refresh. Expect the updated Mustang to go on sale in European markets early next year.