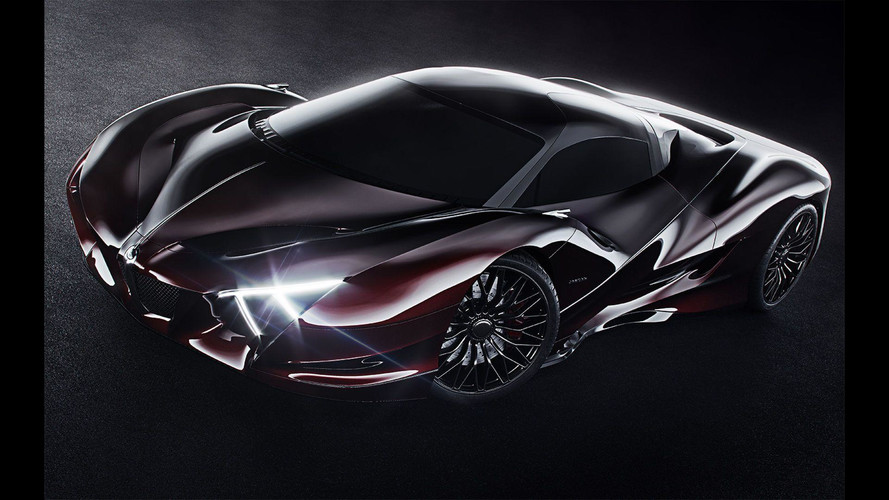 The iconic Jaguar XJ220 supercar has been off the market for a total of 23 years now, but fans of the brand haven’t forgotten the prowess one of Britain's most potent supercars. With a 3.5-liter biturbo V6 paired to a five-speed manual transmission, the XJ220 was good for 542 horsepower (404 kilowatts) and a top speed of 212.3 miles per hour (341.7 kilometers per hour).

The closest thing Jaguar has in its current lineup to the XJ220 supercar is the F-Type SVR, which produces an equally impressive 575 hp (428 kW). But one designer thinks that the British marque is well overdue for a true supercar that honors that original XJ.

Ivan Venkov, a Slovakian-based graphic designer, has created the Jaguar X concept as an homage to the original XJ220. Immediately noticeable are the long, sleek body lines, while the front fascia is aggressive, seemingly borrwing cues from BMW’s dual kidney. The high-spoke wheels are sharp, and the body features a number of aerodynamic cues, including the rear wing which pops up and retracts at speed.

A single light bar at the rear pays tribute to the XJ’s original rear wing, and a set of exhaust tips at either corner accent the single exhaust tip in the center of the diffuser. Venkov doesn’t say how much power his proposed supercar would produce, but if it's anything like the XJ, it would probably be somewhere in the neighborhood of 1,000 horsepower, competitive with hypercars like the McLaren P1, LaFerrari, and Porsche 918.

Overall the concept is pretty unique, and even shares a few similarities with the sleek SS-107 racer we’ve featured previously. As it sits, Jaguar has no plans to build a hypercar, but the company could revive the C-X75 concept if there's enough of a demand.