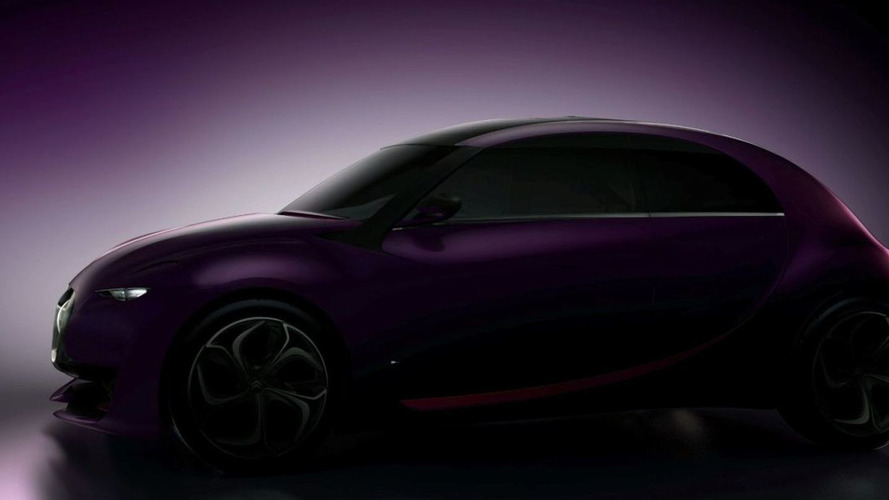 Citroën has released a new teaser image of a mysterious concept headed for the Frankfurt Motor Show.

Citroën has released a new teaser image of a mysterious concept headed for the Frankfurt Motor Show.

The press release only states "Citroën hasn't finished surprising you with its creativity...", so we're not exactly sure what the teaser shows. As we have previously reported, the last teaser image was titled the "Nouveau C3", which indicates the concept is either a C3 coupe or three-door hatchback. There has also been speculation that Citroën may revive the 2CV moniker. That remains a strong possibility especially when considering there is a strange resemblance particularly in the grille, curved hood and roof.

Regardless of what it's called, the purple concept features a unique front end with a massive grille, tiny headlights, and an oddly shaped air intake. Moving further back, the profile is dominated by massive wheels, an elliptical character line, and a rear axle that has been pushed as far back as possible. Other styling details include blacked out A-pillars, a panoramic glass roof, and a greenhouse that strongly resembles the one on the Fiat 500.

Look for more details to be released when Citroën will officially debuts the car on September 15th.