It might not be the quickest 'Vette around the track for long.

Chevrolet never officially published a video of the C7 Corvette Z06 lapping the Nürburgring, but Germany’s Sport Auto has filled the gap by taking the supercharged sports coupe to the famous track. The vehicle managed a time of  7 minutes 13.9 seconds, making it 2.14 seconds quicker than the Chevy Camaro ZL1 1LE’s time of 7 minutes 16.04 seconds in late June.

The current generation Z06 went on sale for the 2015 model year. Under the long hood, there’s a supercharged 6.2-liter V8 with 650 horsepower (485 kilowatts) and 650 pound-feet (881 Newton-meters) of torque. Customers can choose between a seven-speed manual, like the one in this video, or an eight-speed automatic.

A rumor in 2015 indicated that a Chevy test driver lapped the ‘Ring in a Z06 with the Z07 performance package in an alleged 7:08. However, this happened when timed laps weren’t allowed at the Nordschleife. The Bowtie never confirmed the figure.

The lap time makes the Z06 the quickest factory ‘Vette ever around the Green Hell, but the model is off the pace of modern supercars like the Mercedes-AMG GT R’s 7:10.92 and the Lamborghini Huracan Performante’s 6:52.01. However, Chevy’s engineers have something even speedier on the imminent horizon with the development of the Corvette ZR1 at the ‘Ring. Spy photos and videos indicate that the Bowtie’s team are pushing the model hard around the famous course.

Leaks from Chevy indicate that the ZR1 uses a new, aluminum 6.2-liter V8 with dual overhead cams and variable valve timing. The powerplant makes such a noise that the test mules at the ‘Ring wear special exhaust extensions for quieting down the roar. The engineers also go to work on the body by installing a road-scraping front splitter and massive rear wing. Add some sticky tires, and the tweaks should be enough to push lateral cornering beyond the Z06’s 1.2g. If you don’t mind sacrificing a few tenths around the Nordschleife, a convertible ZR1 is under development, too. The coupe might debut in early August at IMSA’s Continental Tire Road Race Showcase at Road America in Elkhart Lake, Wisconsin. 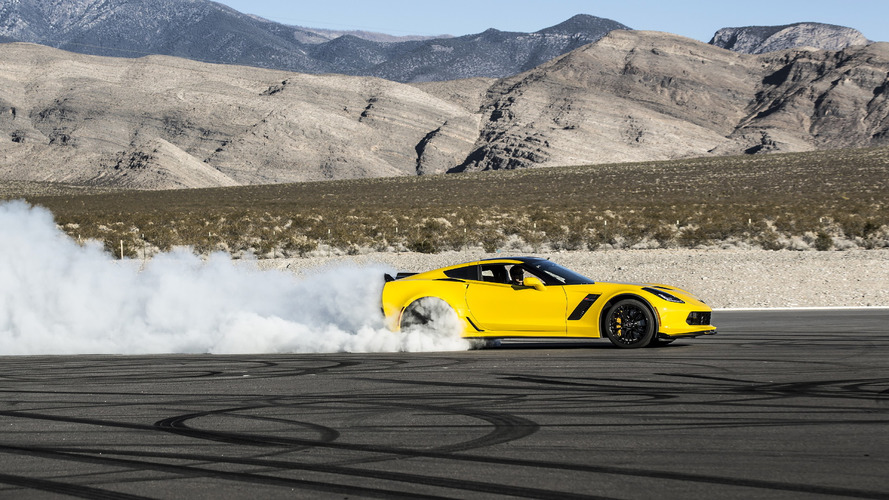