Land Rover Defender Gets Startech's Idea Of An Autobiography Trim 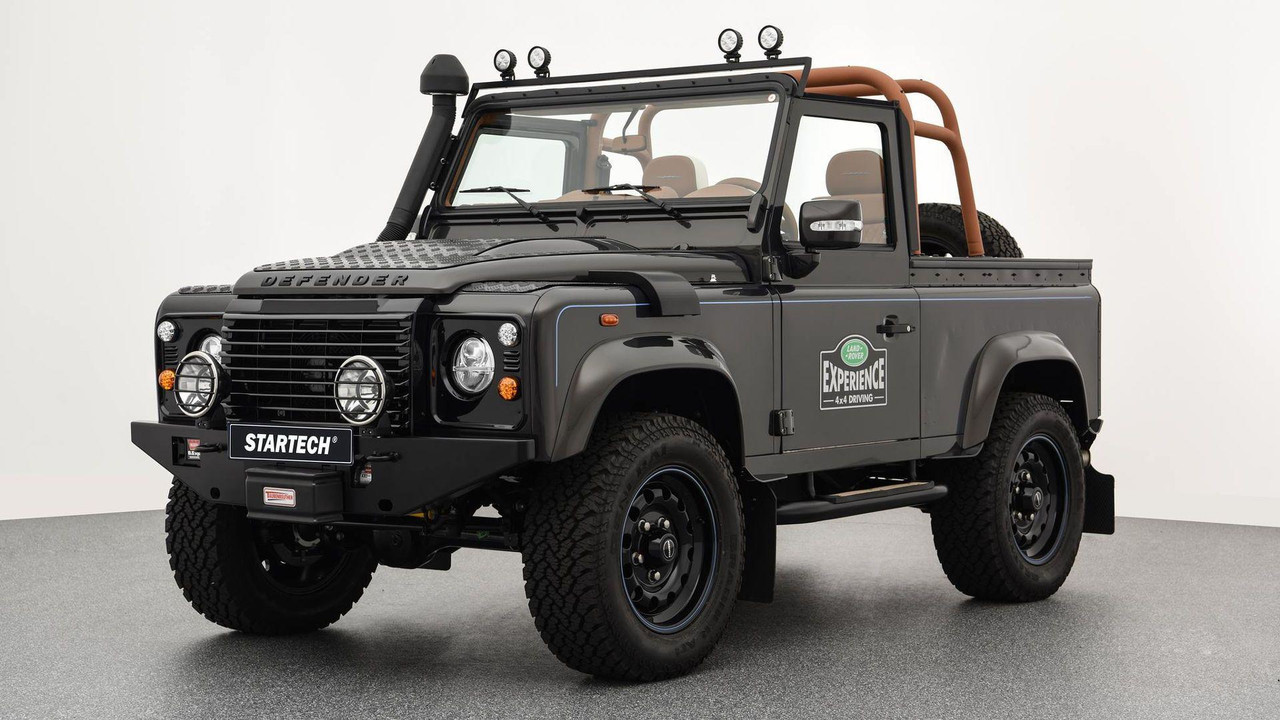 Who said the Defender can't be luxurious?

Two off road icons getting the aftermarket treatment in one day? Yes, after seeing the Mercedes G-Class in the G55 AMG guise pampered by Vilner, now Startech is ready to show off its Land Rover Defender project. Reserved only for the more upscale versions of the Evoque, Range Rover, and Range Rover Sport, the Autobiography was never offered for the more utilitarian Defender, but the tuners from Germany have decided to create something similar.

The legendary Defender has been customized both inside and out, with the most obvious upgrades residing in the cabin where there’s now a leather-wrapped sporty steering wheel and shiny new aluminum pedals. But the pièce de résistance is the bespoke cream leather upholstery combined with lovely white surfaces on the seats, central armrest, and on the door panels. These two colors are separated by a subtle blue strip also noticeable on the black body and wheels. Startech’s Defender now boasts a Focal sound system with a trio of Swell speakers in the back where the tuner has installed a lovely wood floor and applied a similar cream upholstery for the two benches.

Stepping outside of the vehicle, the off roader sits on one-piece 18-inch Monostar D Black wheels and comes with aluminum running boards. The tuner has decided to black out the “Defender” lettering at the front to blend nicely with the predominantly dark exterior theme. There’s also a custom grille with an extra set of lights, along with a new hood and dirt flaps.

For those who would rather patiently wait for the all-new Defender, Land Rover says is “not far away,” though the Tata Motors-owned automaker has not provided an exact timetable. It is believed the next generation is pinned for a 2018 launch and will improve upon the winning recipe, but with some changes in order to attract buyers from the younger generation.