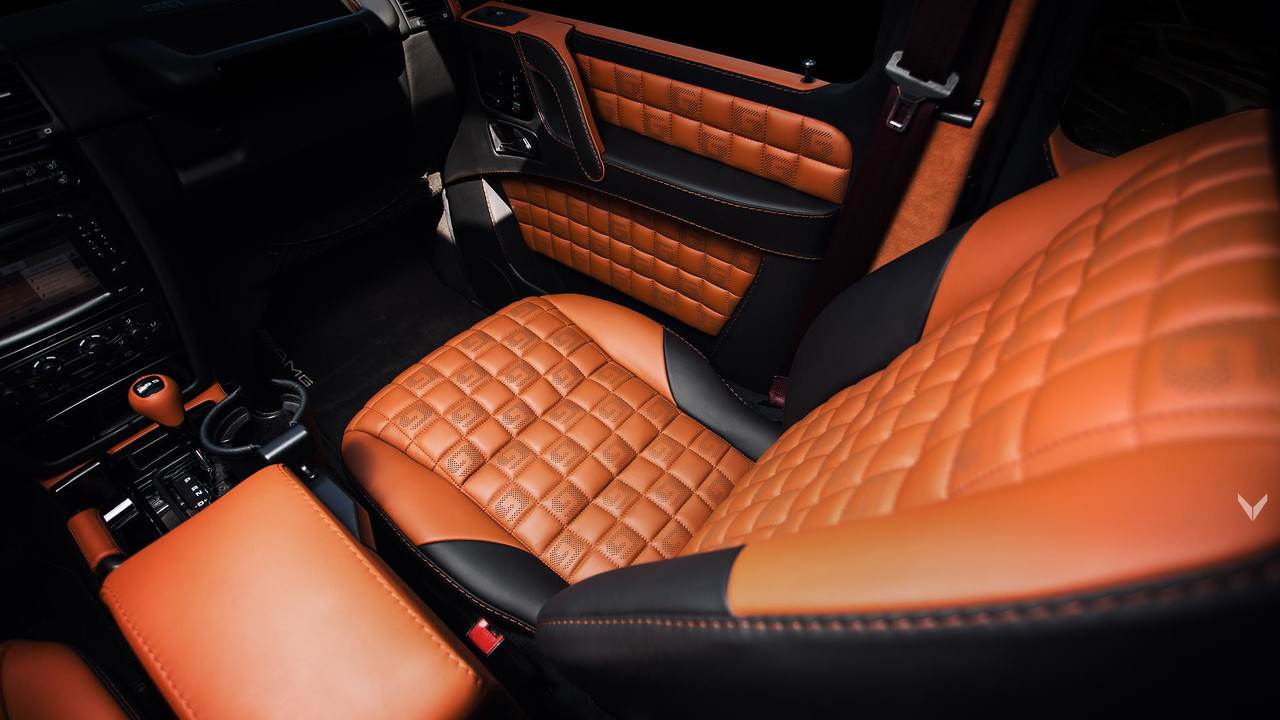 Just about every surface on the inside has been pampered with soft-touch materials.

They say you can’t teach an old dog new tricks, but this stealthy black Mercedes G55 AMG has learned how to put on a fancy new tuxedo. Vilner was the tailor and was tasked to give the interior of a client’s G-Class a Maybach vibe in the same vein as the ludicrously expensive Mercedes-Maybach G650 Landaulet. While the latter was limited to 99 units and priced at an eye-watering €500,000, you can get an old G55 for only a fraction of the price and send it to Bulgaria where Vilner will take great care of it.

The vehicle belongs to someone from Vilner’s home country, but now residing in London. He decided to go with a lovely Soft Cocoa Brown-Orange to cover most of the surfaces, combined with some black accents here and there. The steering wheel adopts a similar look, but with the upper section finished in glossy black also noticeable on some of the other trim pieces as well. Vilner explains the choice of black leather for the dashboard was to provide a contrast with the rest of the cabin and at the same time reduce reflections on the windshield.

From the Alcantara headliner, Morello Red seatbelts, and a black body wrap, this 2005 G-Class has been subjected to quite a few changes. It even comes with additional sound-deadening material to make the lavish cabin quieter. If you’re wondering what’s with the chess pattern and the “G” letter perforation, the owner is a big chess fan and also enjoys the Ritter Sport chocolate.

Under that retrolicious hood resides the standard 5.5-liter V8 engine pushing out 476 horsepower and 700 Newton-meters (516 pound-feet) of torque. The supercharged Mercedes punch is delivered to both axles through a five-speed automatic and enables the G55 AMG run to 62 mph (100 kph) in about five and a half seconds. Not too shabby for a vehicle from 12 years ago that weighs more than two and a half tons.