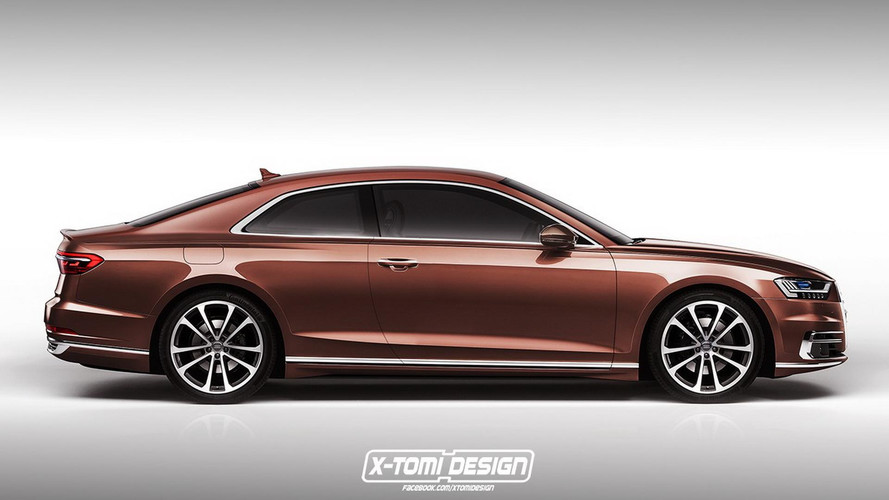 The fourth-generation Audi A8 was unveiled only a few days ago, but already some people with too much free time on their hands are imagining all sorts of versions in the digital realm. By far our favorite of the bunch is the coupe, which actually has a shot in the real life.

The Prologue concept from a few years ago heralded a new design language for Audi and it was put to good use for the first time on a production model on the 2018 A8. Guess what body style it had? Yes, it was a coupe. The Prologue was no doubt a stunner, and while the A8 Sedan doesn’t really quite match it in terms of styling, a coupe could prove to be much nicer. Some reports are indicating Audi will inaugurate the A9 family for the coupe and will have it on sale in a few years from now. We’ll just have to wait and see about that.

Moving on, the A8 Avant is a pipe’s dream for those who appreciate family haulers. Let’s face it - while you and I might have a soft spot for wagons, our neighbors are buying SUVs. What I’m trying to say is that it’s highly unlikely Audi will launch a fullsize wagon. We should thank automakers for even keeping midsize and smaller wagons alive. The Ingolstadt-based marque did show Prologue Avant and Prologue Allroad concepts (pictured above) a couple of years ago, but those likely served as previews for the next-gen A6.

Spy shots have shown the S8 will definitely happen and rumor has it there’s going to be an S8 E-Tron to act as a successor for the S8 Plus of the previous generation. The two will adopt more aggressive bodies and a biturbo 4.0-liter V8 engine from the Porsche Panamera Turbo, so they say. The beefier of the two will actually have more in common with the Panamera Turbo S E-Hybrid and will be a plug-in hybrid.

As far as an RS8 is concerned, we wouldn’t hold our breath. The aforementioned S8 E-Tron should be enough for most people looking for a beefy A8-based car. Audi is probably thinking there wouldn’t be enough demand for an RS8 Sedan, much like BMW doesn’t have an M7 as its range tops out at the M760Li xDrive. Mercedes is doing things differently since it’s selling all sorts of S63 and S65 models.

Audi Sport has made the promise to bolster its RS offerings, but focus is on SUVs. As a consequence, there are bigger chances of seeing an RS Q8 than an RS8.