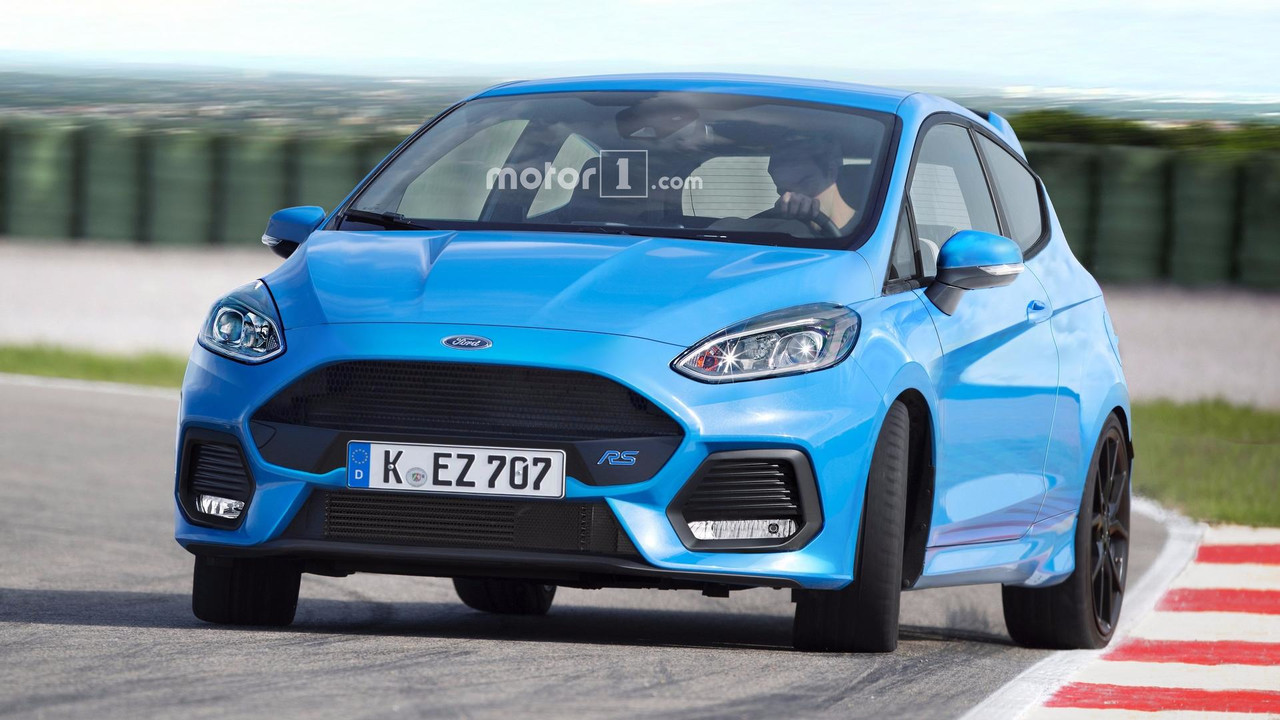 The previous Fiesta was long-rumored to receive the full-on RS treatment, but ultimately, it never materialized. It’s going to be the same story with the new supermini as Ford has already made it crystal clear the seventh generation will top out at the ST level. Even so, we have decided to imagine the impossible: a Fiesta RS. Maybe the Blue Oval will change its mind in a few years from now? Hopefully.

Wearing the same Nitrous Blue shade as its bigger brother, the Focus RS, the hardcore hatchback looks quite fetching in this RS attire. Speaking purely hypothetically, the menacing Fiesta would likely get a four-cylinder engine to match the aggressive appearance and at the same time distance itself from the three-banger ST.

Even if by any chance the Fiesta RS will somehow see the light of production day, it will probably happen during the end of the model’s life cycle as it has been the case with all Focus RS models. With the new generation barely out, that means an RS-badged version will not be introduced until well over into the next decade.

As far as the ST is concerned, Ford has unveiled its hot hatch already, but it won’t enter production until early next year. The model will make use of a new three-cylinder, 1.5-liter turbocharged gasoline engine producing 197 horsepower (147 kilowatts) and 214 pound-feet (290 Newton-meters) of torque. It’s going to be enough punch for a run to 62 mph (100 kph) in a swift 6.7 seconds.

Should you not want to pay the premium that comes with the ST, you could trick your friends into believing you've bought one by getting the already available ST Line bringing most of the show, without any of the extra go.

The Fiesta ST’s chief program engineer, Matthias Tonn, has admitted in an interview with Autocar that a beefier ST in the same vein as the previous ST200 might be launched. However, much like its predecessor, a stronger Fiesta ST will arrive towards the end of model’s run, if green-lighted. Meanwhile, Mountune is expected to get its hands on the Fiesta ST and spice it up a bit.