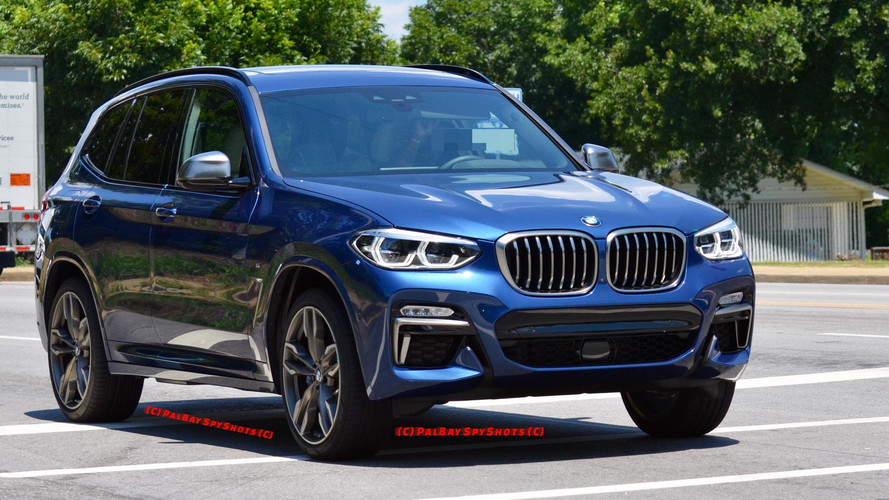 The hottest X3 of them all was wearing an eye-catching Phytonic Blue paint.

The all-new, third-generation BMW X3 was unveiled approximately three weeks ago and now it has been caught on camera out on the streets. The exterior design does not stray away too far from its predecessor, yet it manages to look smarter especially in this range-topping M40i version featuring all the bells and whistles.

Kitted with a plethora of M Performance parts, this sporty version featured the optional Phytonic Blue exterior shade combined with Cerium Gray accents. 20-inch wheels will come as standard, and so will the aerodynamic package, M Sport brakes, suspension, and a flap-controlled exhaust system with a pair of tailpipes featuring black chrome finishers.

Set to go up against the Mercedes-AMG GLC 43, the new X3 M40i will act as the temporary flagship model of the range, until the arrival of an X3 M likely scheduled to debut next year. At its heart is a turbocharged inline-six 3.0-liter engine developing 360 horsepower (265 kilowatts) and 369 pound-feet (500 Newton-meters) of torque. Power is delivered to an xDrive system through an eight-speed Steptronic transmission.

The revamped X3 will go on sale this fall and is going to be manufactured in the U.S. at the Spartanburg factory as well as in South Africa at the Rosslyn factory following a $420-million investment. It’s also going to be made in China at the assembly line in Dadong and chances are BMW has plans for a long-wheelbase derivative tailored to the People’s Republic.